United States Congress: Rodimer vs Lee Both candidates fight for a national seat in the country's legislative branch 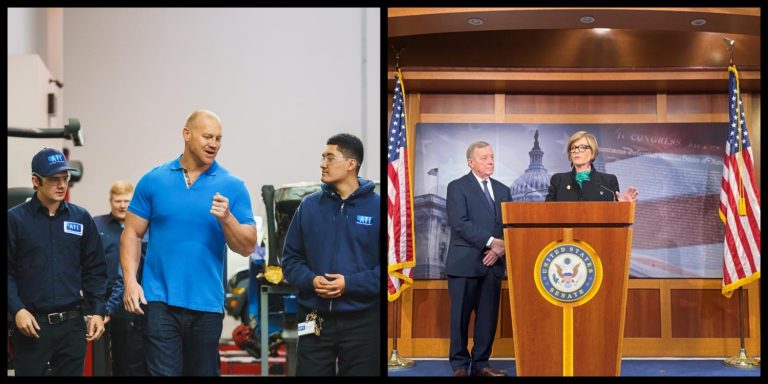 Rhamil’s Endorsement: Dan Rodimer, a solution to draining the swamp

“Big Dan” Rodimer, a former WWE wrestler, has taken the political stage for the Republican Party. Although many may assume he’s not fit to hold a political office, especially a congressional seat, I believe that he can and will take full responsibility and change the swamp we call Congress. Rodimer has plans that I personally would love to see implemented legally. He follows ideals our president has stressed repeatedly, and Rodimer is an answer to empowering President Trump’s strong ideas.

Rodimer has repeatedly stressed tax cuts on his website, stating that he will “oppose future tax increases and will work with the President to pass legislation guaranteeing middle-class Americans tax cuts and more permanent tax cuts for corporations that bring their manufacturing back to the U.S.” He also has put in place many plans to set for the use of taxes, such as the 529 expansion college saving plans which offer several benefits and the Taxpayer Protection Pledge which limits tax increases in the future.

In healthcare, the candidate has made several promises to ensure that individuals have a huge selection of choices in this sector. He has also blasted Obamacare and made sure that national healthcare policies can hold up to legal laws (something Obamacare has failed to do). Like President Trump, he plans to “provide transparency in pricing to bring down costs on things like prescription drugs, medical equipment, care, and insurance plans.” Finally, he plans to move medical manufacturing back in the United States, putting us first and leaving piggybacking foreign countries to themselves.

Regarding security, he has promised to focus on “merit-based immigration,” which targets immigration applicants with good standing with the government. These applicants will have a better chance of entering the country legally. He also vows to protect our Second Amendment, which gives every American citizen the right to bear arms. These amendments were created by our founding fathers and are our basic rights that simply should not be revoked. Under his term, he will prevent the disbanding and defunding of our police, which keep our communities safer. Although Dan Rodimer may not have an opportunity to improve our security internationally, he has the opportunity to improve our security nationally.

Overall, with Rodimer’s strength, courage, and plans, he has the ability to fix the issues Congress has repeatedly displayed, voice out against nasty liberals who are taking over our rights, and bring about the policies needed to solve the chaos ravaging our country today. I believe that he’s going to bring this election to a “smack-down.”

The election between Congresswoman Susie Lee and her opponent Dan Rodimer hasn’t attracted much attention with the presidential race sapping so much energy from the press. Lee, a moderate and member of the Centrist “Problem Solvers Caucus,” has maintained a solid record of a bipartisan and consensus-oriented politician.

Lee has rebuked the left-wing flank of her party on issues like Medicare-for-all and defunding the police, maintaining her credentials as a centrist. She’s also co-sponsored the bipartisan bill to allow veterans who are victims of predatory, for-profit colleges to have their student loans forgiven, and has voted to raise the minimum wage and cut prescription drug prices.

Rodimer’s campaign has generally been light on policy discussion, though it has been dogged by an enormous scandal-a consistent pattern of battery and domestic abuse. While Rodimer flexes his “tough-on-crime” muscles, the professional wrestler himself has a wanton disregard for the law. Rodimer’s then-girlfriend called the police multiple times over break-ins, thefts, and self-described “domestic violence.” While being a bad partner isn’t a disqualifier for elected office, being a violent one should be.

Rodimer’s largest argument against Lee-of her alleged corruption-is also largely bunk. It’s true that Congresswoman Lee’s husband benefited from PPP money in a policy change that Lee had lobbied for. What Rodimer doesn’t tell you is that the policy change was allowing PPP money to go to casinos, which was lobbied for by every single member of the Nevada congressional delegation, including Republican Mark Amodei.

Nothing Rodimer has said indicates that he’d be anything but a reliable vote for the Trump-McConnell agenda-repealing the Affordable Care Act, slash taxes for the wealthy and no action on climate change. Congresswoman Lee, while not a headline-grabber, is a safe choice, even endorsed by the right-wing Las Vegas Review Journal and Chamber of Commerce. I endorse Susie Lee for Nevada’s 3rd congressional district.

Could not load the poll.