Dive into your feelings with ‘You’ Danceable, yet gloomy music from Ali Gatie’s new album 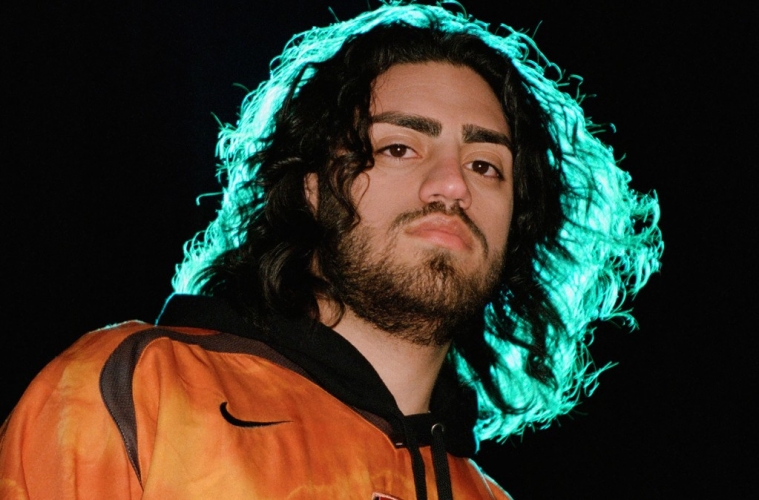 Ali Gatie releases a new album ‘You’ with nine tracks all telling the story of going through a break up. His most popular song, “It’s You,” was released a little while earlier and gained him popularity.
Rating: A

A beautiful song expressing someone’s feelings and love for a girl starts Ali Gatie’s new album, ‘You.’ In the song, “Its You,” Gatie sings “It’s you, it’s always you/ If I’m ever gonna fall in love I know it’s gon’ be you.” Gatie showcases the love that someone can feel towards another person through the lyrics of the song, and for most of this record, he describes how those feelings can turn into heartbreak.

Gatie is a Canadian singer who started his career in 2016. He dropped out of university and began to pursue a career in the music industry. His career skyrocketed in June 2019 when he released “It’s you,” which exceeded 650 million streams on Spotify.

“Moonlight,” the second song in the album, intriguingly uses the moon to symbolize feelings of love. In the song, Gatie sings, “Since you left me every night I go stare at the moon / Wishing it was you and I,” inferring the artist’s feelings about how he wishes he could be with his love again. The fourth song, “Say to You,” also represents a similar idea by using the rain to express how he loves, yet hates it.

Some of the tracks on the album like, “Sunshine” and “Used to You,” have more of an uplifting beat even though the lyrics reiterate how hard it is losing someone you love. Personally, I like “Sunshine,” because of the danceable hip-hop beat in the background, which makes the track’s vibe better.

The last track, “Lost my Lover,” is my overall favorite because it places the listener in more of an emotional trance since Gatie’s voice gets deeper and the background music goes into a sad melody. During the song he sings, “Lost my lover, lost my friend / Lost my start and lost my end,” expressing how he feels like he has nothing left, making the listeners reminisce on a time they may have felt the same way.

Overall, ‘You’ showcases Gatie’s talents and rhythmically plays out how love and heartbreak can make a person feel. If you like the theme of this album, listen to “What If I Told You That I Love You,” which is another one of his newest releases symbolizing a person’s unconditional love.