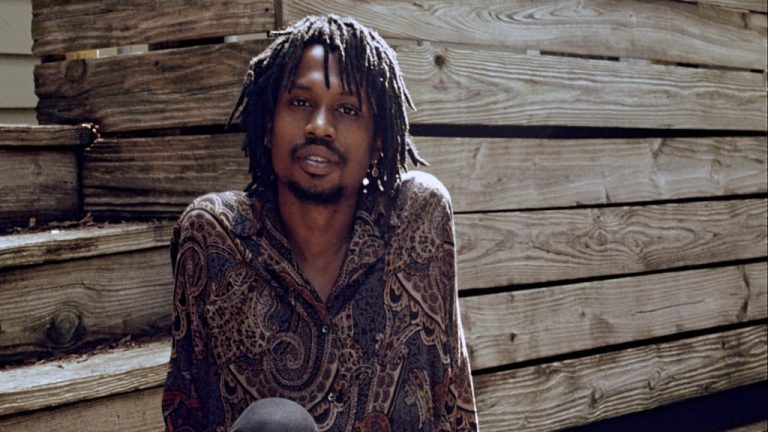 Born and raised in Stone Mountain, Georgia, rapper and songwriter Raury releases an extended version of his last EP. His recent EP includes additional songs, all of them displaying Raury’s talent in the “gospel-folk” genre of music.
Rating: A Photo Credit: Bandeja Munir

“You didn’t believe in heaven or me / But heaven will see,” is just one example of the whimsical and ominous lyrics displayed in the re-release of 24-year-old Raury Deshawn Tullis “Fervent (Deluxe) album,” which is beautifully executed over the course of 14 tracks.

Raury produced his original album “Fervent” in 2019, where he explored different sides of folk music. Compared to his previous album, “All We Need,” was more of acoustic folk and Raury admitted in an interview that “Fervent” would be folk music with hidden gems of R&B. The deluxe version of this album was to expand on that idea of combining R&B and folk music.

The first track, “Carnations,” begins with faint guitar strums that play blissfully in the background of the entire track. The guitar combined with the echoing background vocals evokes a chilling reaction. The lyrics describe the feeling of finding a new adventure and the freedom of that experience mentioning lyrics, “I’m safe, I’m found / Unchained, I’m wild / Where the wind blows, I follow / Soul and all.” The combination of Raury’s monotone voice and the haunting background vocals is somewhat unsettling to the listeners’ bones as they listen to the song. Even though this song runs for six minutes, the melody of the song is enough to keep one listening until the end.

“Belong” is similar to the previous track, however, unlike “Carnations,” the song is upbeat but somehow foreboding at the same time. Raury’s vocals and the background choir vocals together make it sound like it could be heard in a thriller movie and is one of the best songs on his EP. And despite the slight similarities to some of Tullis’ other songs, this track is able to stand alone with its slightly more upbeat melody.

The next track, “Thneed,” begins at a slower pace, and continues with the starting of the song with a guitar. This song also continues the theme of relationships, but in this case more specifically the infatuation someone can have for another. The lyrics are repeated several times and become more distorted as he states, “All I knew was, all I knew was / She’s all that I need, she’s all that I see.” The lyrics themselves are quite sweet and romantic, but the way the song starts by distorting the melody can bring an invigorating feeling over the listener. When the song slowly fades out, even though it sounds unnerving, it gets its message of once knowing someone.

“Darthaur,” poetically focuses on the concept of death, and Raury executes that by choosing a  slow guitar melody and the faint vocals throughout the song. He sings, “I’m scared I may not last forever / When the yard comes / I’m aware that we’re all in this together / They are calling us / Now they are with us.” These lyrics combined with the gradual and faint leading vocals of Raury make the song haunting and malicious. Even though the song sounds great, it doesn’t show off his vocals and usually gets interrupted by the loud melody. Even though the sound is supposed to be more ominous especially with its lyrics, there still could’ve been a better way of balancing that by also displaying Raury’s talent.

Out of the arrangement of songs included in this EP, “Hisstory” has to be one of the best tracks. Unlike the rest of the songs, the lyrics aren’t repeated several times and instead combine R&B and soul to the melody rather than the typical folk guitar. Raury sings, “And I’m feeling better / Ever since I left ya / This is not a mystery / And I’m praying for ya / Karma can’t ignore ya / No revenge is not for me / I won’t take ya back, there’s no strings attached, there is only memory.” This track, along with the other tracks talking about relationships, feels more mystical, especially with the different approach to the melody.

This EP surprised me on how good it was considering that gospel folk music is new to me. At first, listening to each song it all sounded the same, but the more the album continued, the more the nuances started to present themselves.