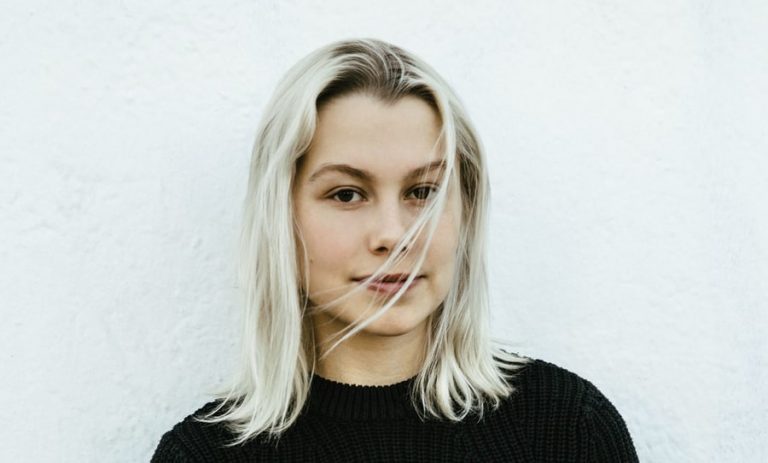 Phoebe Bridgers has slowly gained a popular following for her experimental indie-rock music from previous years. For her recent album, she has put that music on display for people to relate to.
Rating: BPhoto Credit: Claire Adema

Phoebe Lucille Bridgers is a singer and songwriter that’s been writing her own songs since she was eleven, and by the time she was a teenager, she began playing around Los Angeles. By late 2017, Bridgers started producing music with Boygenius, a band that included Lucy Dacus and Julien Baker.

The first track that opens Bridgers’ album is “DVD Menu”, filled with dark and ominous instrumentals. It’s an interesting start as it’s the shortest song, while also having no lyrics to it. The calming tone of the song can relax the listener at the start, but doesn’t prepare the listener for the experience they’ll have in the upcoming tracks.

The next track, “Garden Song” is described by Bridgers’ as how people choose to keep their own perspectives, whether they choose to see other sides or decide to ignore it. She also adds that the song is about dreaming and how people try to manifest certain things to go a particular way and how their views simply won’t change. Listeners can identify this with the lyrics, “No, I’m not afraid of hard work/ I get everything I want/ I have everything I wanted.” Bridgers basically says that the darker ideas we put into our heads can be fought back and eventually lead to getting what we want.

“Kyoto”, the third track picks up the speed and is more of Bridgers’ natural style of music; indie rock. The upbeat melody in this track focuses on something that Bridgers is very familiar with, tours. When providing context about this song, Bridgers said that it’s about “being on tour, hating tour, and then being home and hating home.” This song also focuses on her experience in Japan mentioning lyrics, “Dreaming through Tokyo skies / I wanted to see the world / Then I flew over the ocean / And I changed my mind (Woo).” The mix of the loud upbeat bass guitar in the background and Bridgers soft calming voice, makes the song sound like a traditional indie rock song.

One of the more interesting tracks from her album that stood out was ‘“Graceland Too.” Instead of starting with only guitar strums, like Bridgers’s other songs, it starts with a combination of the banjo, violin, and her classic guitar giving the song a country style. This track could be relatable to some individuals as it focuses on caring about someone that is self-destructive and how tempting it is to try to help that person. Despite the rather dark idea behind the lyrics, the melody is delicate as Bridger sings, “No longer a danger to herself or others / She made up her mind and laced up her shoes / Yelled down the hall, but nobody answered/ So she walked outside without an excuse.” With the almost country melody to her song, it could throw people off considering that the past songs were more of Bridgers style.

Most of the tracks on this album start out slow and gloomy-sounding but eventually start speeding up, and the last track, “I know the end”, is no exception to this. The melody starts mystical and by the end of the track, its instrumentals transition to an almost triumphed sounding with the sudden change in volume and various instruments used. However, the lyrics don’t match the tone of the song. The song itself is about Bridgers’s idea of what our “apocalyptic” world is going through at the moment and how it feels to be in the middle of it. Bridgers hostile lyrics, “But you had to go / I know, I know, I know / Like a wave that crashed and melted on the shore / Not even the burnouts are out here anymore / And you had to go, I know” suggests the life that people had, which slowly went away as the ongoing pandemic started taking over. Bridger has recently done a collaborated video with Genius talking more in detail about this track.

With the majority of the tracks on “Punisher” varying from topic to topic, the overall messages behind each song can be relatable to anyone who chooses to listen to this highly recommended indie rock album. However, with the mix of melodies for each song, there might be a chance that a listener won’t enjoy the different tracks or won’t understand the meaning behind each of them.