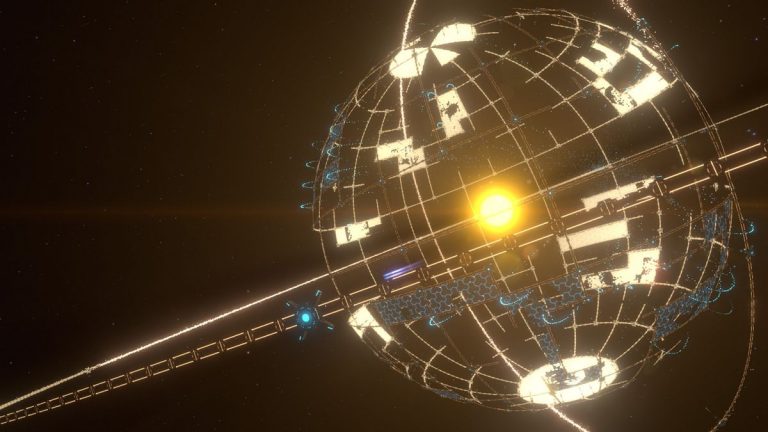 When I was a little kid, I always remembered looking up at the stars and wondering what wonderful planets and celestial objects could be discovered around them, and how they differed from our own system. However, Youthcat Studios’ “Dyson Sphere Program” has made me ask a different question, ‘What resources can be exploited from the stars?’

“Dyson Sphere Program” has a simple starting gameplay loop: you land on a planet and begin constructing mines, factories, and refineries to build more complex machinery. Throughout the game you will grow more powerful, eventually exploiting the resources of multiple planets. Eventually, you will build a Dyson sphere around the sun itself. A Dyson sphere is the ultimate level of energy collection possible, in which a megastructure is built around the sun in order to harness all of its potential energy.

The gameplay itself is easy, to begin with. Moving up the game technology tree and unlocking new abilities will slowly lead to more complicated networks of factories. Throughout this whole process, the game’s AI adviser will guide the player through the technicals. So from afar, it may seem like it gets too complicated; however, the game paces the player properly to prepare them for the rapid expansion. Basically, it’s a game anyone could pick up.

This game truly shines in how players “snowball” from starting a Solar System. Once all of the resources have been fully exploited of the starting system, players are able to go to a completely new system with new planets, star types, and some unique resources. This allows you to create large networks of inter-system logistical networks, effectively “snowballing” and becoming more and more powerful in a most satisfying manner.

In terms of the menu and user interface, the game has a well-organized interface, with clear distinct buttons, and memorable icons for each building type. Along with this, the building itself is easy with a grid build system that allows for easy construction and management of the space.

The gameplay is addicting, with the player being rewarded every time they expand their factory and power supply with more resources, creating a loop of more and more complicated networks of logistics and resources. This system is reminiscent of a factory building game known as “Factorio.” However, the developers have improved significantly on “Factorio’s” original formula, as well as implemented a myriad of unique features, including the galactic setting of the game.

The only complaint I have with the game is that the technologies in the game are not yet fully laid out, and while the current tech tree is vast with many unique features and concepts, it has a lack of absolutely stunning features. There is also a lack of mundane techs to build it up-it currently feels a little too easy to get near endgame technology.

When playing the original game, I did not expect much, I felt as if it would be “Factorio” in space, but I was pleasantly surprised to learn that this game not only surpassed that expectation but replaced “Factorio” as my favorite industry game. For its $19.99 price tag on Steam, I would recommend anyone pick up this game, as it’s definitely worth the price.