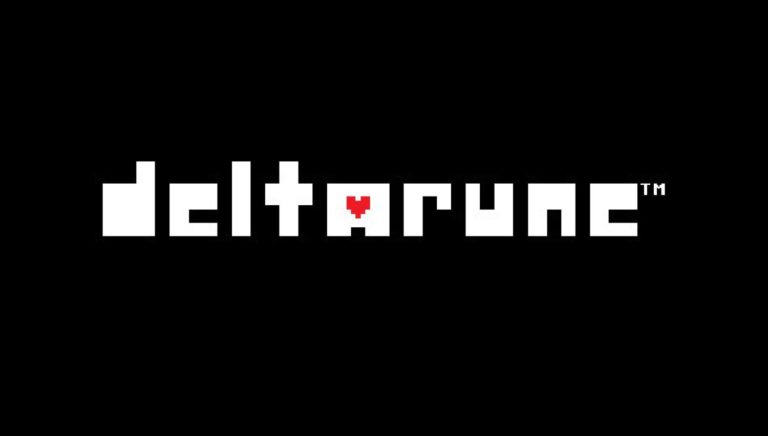 “Deltarune” is a wonderful game, with an enchanting story and a pleasant soundtrack.
Rating:A+Image Credit: Fangamer

Choose which way to fight your battles while listening to an incredibly memorable soundtrack with simplistic yet pleasant graphics in “Deltarune,” the sequel to the critically acclaimed “Undertale.” “Deltarune” finds its place as a pixel art RPG (Role Playing Game) with simple mechanics determining an enthralling story.

The game is in a 2D perspective, with the visuals almost entirely composed of sprites, along with some automatically generated effects for cutscenes, similar to a retro Japanese RPG. The sprites are beautifully done, wordlessly giving character and emotion to the monsters in the game. A gameplay element found in both “Undertale” and “Deltarune” is the user interface being recognized as a part of the story. For example, characters frequently make reference to “ACTing” as a course of action, which coincides with the “ACT” button on the battle screen. Most battles can end in one of three ways: fleeing, sparring and fighting your enemy.

While the exact way the story is carried out in Chapters One and Two differs, they both follow the same premise. In a world where monsters live normal lives among humans, strange fountains are forming which lead to a dark world. The dark world draws inspiration from the surrounding world, with Chapter One’s theme being board and card games due to those objects being on the floor in the real world. Monsters and the environment represent that theme, including checkerboard backgrounds or fighting Rouxls Kaard (rules card). A character referred to as the “Knight” is opening these fountains with the intent of destroying the world.

The gameplay normally has the player character, Kris, centered on screen as you move around and interact with the environment. Puzzles are littered throughout the environment, limiting progression in a way that feels natural and enjoyable. Combat begins when a player touches a monster’s sprite, which changes the interface and gives control of your party members. Your actions during combat are a large part of how the story plays out.

“Deltarune’s” store page claims that your actions don’t matter, but making the choice between sparing or fighting your enemies is what determines the route the story is taking. In “Undertale,” these routes are referred to as genocide, neutral and pacifist, but the gameplay impact in “Deltarune” has not yet been revealed enough to draw conclusions to their impact. While Chapter One merely has dialogue changes based on fight actions, Chapter Two features a completely different story by choosing more hostile methods.

Many elements of the story change depending on the player’s choices during dialogue and cutscenes. These elements present the player with many interesting choices to make throughout the course of each chapter. Many plot points are excellently foreshadowed, such as Chapter Two’s final boss fight being hinted at near the start of the chapter, obliviously to the player. The only negative to the game is the very infrequent bugs. None of them break the flow of the game whatsoever, being limited to things such as a discolored pixel in a sprite or a minor grammatical issue, though I still wish they weren’t there.

“Deltarune” continues the legacy of “Undertale’s” soundtrack, with its eight-bit soundtrack translated to many genres and styles being represented in a retro fashion. From giving an upbeat feeling to that of one of looming danger, the music never fails to disappoint and remains one of the most memorable parts of the experience.

When first playing “Deltarune” I was excited to fully immerse myself in the game’s story, one that was written well to the point of having no mentionable lackluster sections. The developers put a huge amount of effort into the game and it definitely paid off with a fantastic overall experience. Without giving away too much, “Deltarune” keeps the sinister undertones of its predecessor. Given its status as a free game, I would highly recommend that anyone looking for an RPG experience try Deltarune.