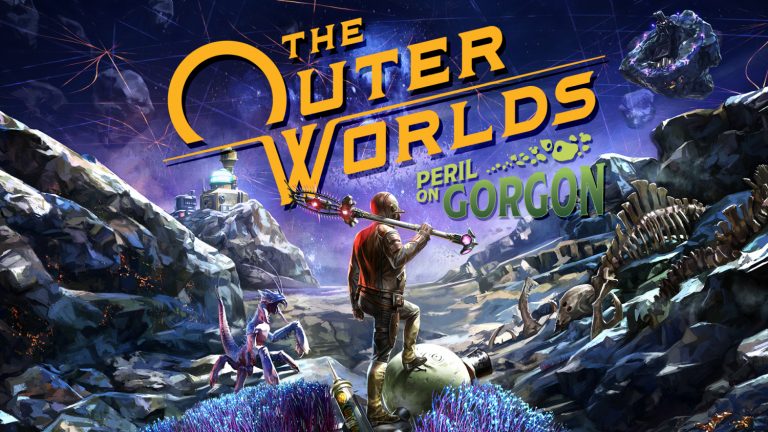 My earliest forte into seriously playing games would have to be with the original Fallout games. I remember coming home from school playing Fallout every day, and eventually Fallout: New Vegas. At the time, it amazed me how immersive these worlds could be, a sandbox in which the player was able to leave their mark. Every choice and decision would come back to haunt the player later in the story. New Vegas was developed by the game studio Obsidian Entertainment, a developer revered for their writing talent, and RPGs. The founding members of Obsidian were also the people who developed the original Fallout games and are often credited with these masterpieces of games as well.

Why is this important? Well, Obsidian’s most recent dive back into RPGs is, The Outer Worlds, a game released back in 2019, but only recently released on Steam. It is well-reviewed and loved by many, but in a lot of ways fails to compare to the larger, much more impressive Obsidian classics.

The Outer Worlds takes place in a solar-system wide colony ruled and operated by mega-corporations. It’s the classic “big evil corporations” storyline, with big fat-cat capitalists overworking, starving, and abusing the poor Populus, who often work their whole lives to pay off their massive debts. This story setup is not that bad, but for an Obsidian game, it is definitely average, and not unique.

For comparison, in Obsidian’s New Vegas, the story is an intricate web of factions vying for control with interesting and charismatic leaders at every turn and even the objectively most evil leaders are sympathetic. Throughout the Outer Worlds, I could not sympathize with the “villains” or corporations, as they were faceless groups killing senseless people with no rhyme or reason, just acting out of an almost comedic amount of malice.

In the three endings of the game, one of them is a joke ending which ruins the flow of the narrative, and the other two aren’t even really a choice. You either kill off one group or the other. In The Outer Worlds, the villains have no redeemable qualities, and are impossible to sympathize with, siding with them felt more like a shoehorned last-minute addition, not a well thought out choice.

The more minor story elements, such as the sidequests were a mixed bag. Oftentimes I felt as if both sides of a conflict were far too easy to throw me in the middle, such as a new arrival taking the town and overthrowing an entire town establishment 30 minutes after showing up. On top of this, some choices weren’t even difficult, such as choosing between helping one hypochondriac who probably wasn’t sick, or saving a town full of people. Choices like these plague a lot of side quests, and make it very uninteresting, taking away some replayability.

The biggest factor other than the story holding this game back is its replayability. In RPGs, especially ones heavy with choice, replayability is often a big appeal. However, as previously mentioned, most runs of the game will end up with you making the same choices, the same traits and perks, the same guns and armor, and the same ending. It would feel pointless to replay the game, as choosing the other options would make your game experience objectively worse.

The skill system ruins the gameplay in many areas, as it’s very boring. Traits and perks in New Vegas would be things that generally make for interesting character development, such as being more charismatic around the opposite sex or being able to tame animals. Perks throughout the outer worlds boil down to stat increases that are very boring and not unique, such as +10% armor or +50 extra carry weight. The Outerworlds did do something interesting by making it so you could develop certain traits based on your experience in the world. For example, if you got burned, a lot of your skin would become extremely weak to Plasma, but become extremely fire resistant. However, I did not find these traits ever tempting to take, and oftentimes I didn’t take them, which really takes a lot out of the system even being present in the first place.

To give credit to the developers, the game is gorgeous, and very well designed and stylized, a major step up from their previous titles. Looking out at the landscapes of the unique planets, and wildlife and taking in the effort put into each planet, was a very enjoyable experience throughout the duration of my time playing. This extends to the creatures and enemies as well, while still being generic raiders or corporate baddies, they had well-designed armor and suits, which added to encounters with them.

The sound design, both the voice acting and sound effects, as well as the game’s original soundtrack were all reminiscent of New Vegas, and very well done, and could easily compete with any game of the modern-day. The voice acting, although could occasionally be lackluster in combat or emotional scenes, was very rare and not something I noticed frequently.

When I was waiting for the Outer Worlds Steam release, I was hoping it would be the spiritual successor to New Vegas, a game that could capture that same intricate and evolving story of the past. I was disappointed to find a much more shallow, vapid, more traditional mass-market appeal game. RPG Elements have been watered down, and much of the Obsidian magic appears to be missing from this title. If you enjoy Triple-A, more basic, story games, I can wholeheartedly say that the game will most likely be enjoyable. However, with how the game is currently presented, and with his many major flaws, I cannot recommend this game for full price.