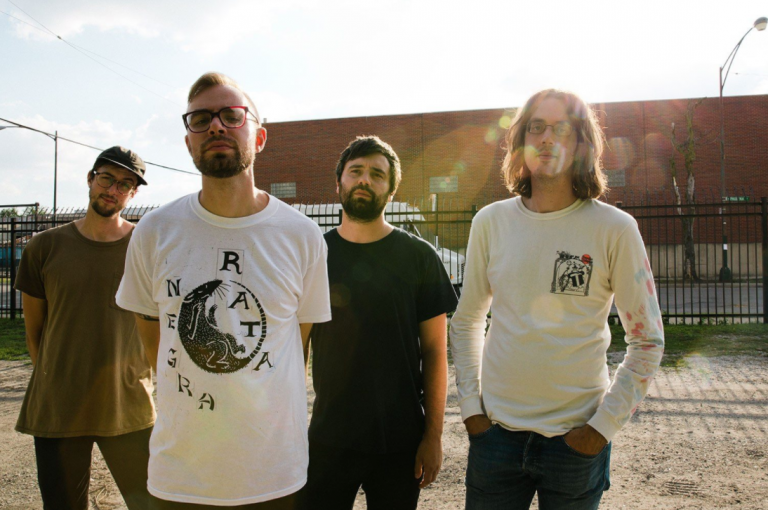 In 2009, when lead singer Dylan Baldi was a freshman in college in Cleveland, he would use GarageBand to record his music. He later formed several fake bands, each with their own Myspace page, on which Baldi featured his original music. One of those bands Baldi created was Cloud Nothings. Underground rock promoter Todd Patrick invited the band to perform at Market Hotel in Brooklyn, New York. The invitation prompted Baldi to form a real band, that has become Cloud Nothings.

After a decade of perfecting their classic pop-punk style, Cloud Nothings has reached the highest standard all bands should strive for. Because of their tireless efforts to continue producing quality music, they have built a loyal fanbase who keeps coming back for more. Composed of Baldi, Chris Brown, TJ Duke and Jayson Gerycz, the group stands apart from the crowd simply with their unique vitality.

Their ninth album, The Shadow I Remember, invites listeners to take an emotional, introspective tour of the band’s style. The album has a consistent heavy motif, deep lyrics and the occasional soprano voice. Every song is fast paced and is combined with substantial electric music, so at times it can get repetitive. However, the band’s excitement is apparent throughout the album itself.

“The world I know has gone away,” sings Baldi on the opening line of the first track “Oslo.” The song begins with soft guitar and piano, but quickly picks up speed, a common pattern for most of the album. While listening, think along with Baldi, with lyrics such as, “Am I older now/ or am I just another age?/ am I at the end/ or will there be another change?” Questions like these are sprinkled throughout the album, creating a more human and introspective point of view. It further pushes the theme of pain that is building with the songs. In “Nara”, Baldi reflects on himself in third person throughout the song, but it’s not until the last couple of lines, he takes responsibility for his own self doubt.

Their most unique song on the album, “Nothing without you,” starts off fast, but once female vocal singer Macie Stewart is introduced, the tone completely changes. This is the first time Cloud Nothings feature a female artist on one of their songs and although I appreciated the softness brought by Stewart, most of the song is still too similar to the first song. Like the rest of their songs, the hard work is apparent, but there was nothing other than Stewart to diversify it from their other music. Unlike on “The Spirit Of,” which has a post-punk feel, and the duel between the piano and guitar steals the show.

The last song on the LP, “The Room It Was” provides a nice closing. The song channels the vibe of a live performance, a theme that’s present on the rest of the album. In this final song, the pain, anger, and regret are real, “I feel you but I won’t go down/ Fighting over every line with you/ The shadow/ The shadow I remember.” explains the album’s title, “The Shadow I Remember”. As a closing number, this song wraps up the emotions that were expressed throughout this journey.

In the end, “The Shadow I Remember” is an interesting and unique piece of work, but the sound certainly got repetitive after a while, which could have been accomplished by adding some mid-tempo tracks. Despite the repetitiveness, each song told a different story and you can appreciate the meaning behind the album.