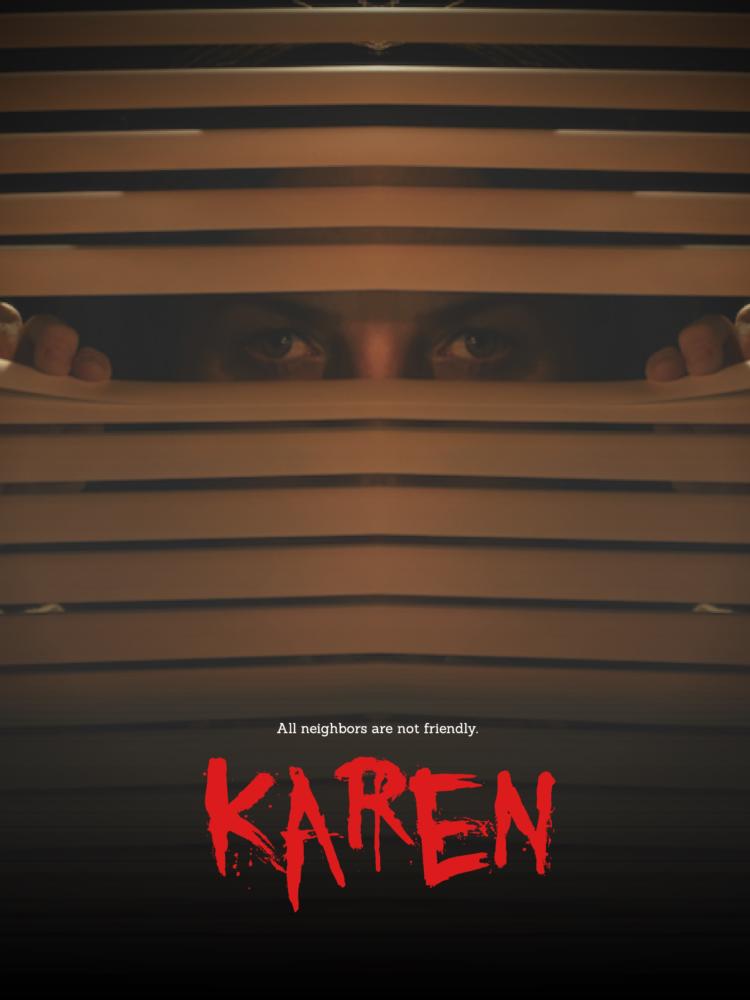 "Karen" suffered from pacing issues and had a story with a lot to be desired. However, the cinematography and premise partially saved it.
Rating: C-Image Credit: BET Original Movies

The Southwest Shadow has added the “See” category to our site, with the goal of spotlighting independent and limited-released films. This is the first installment.

Karen, the nickname jokingly given to certain obnoxious rule-obsessed people known for making workers’ lives a living Hell. Qualities including general rudeness, racism, a sense of entitlement are all generally attributed to Karens. While the term was most popular a few years ago, it’s still found in casual use. “Karen” markets itself as a dramatic horror story that tackles social justice issues. The premise is simple; a Black couple moves into an all-white neighborhood, and comes under near-immediate scrutiny by a white woman by the name of Karen (Taryn Manning).

Over the course of less than a month, Karen becomes increasingly obsessed with finding ways to monitor or pester the couple, with the sole goal of forcing them to move out. Tensions slowly rise as statements became increasingly provocative and Karen’s actions became more and more oppressive. Music is straight out of a slasher film paired with perfectly dramatic cinematography leads to a rising sense of tension throughout the movie.

Well, that’s what the movie’s goal is, at least. While its intentions are obvious, large portions of the film are ruined by poor pacing and time skips, obnoxious drama and a poorly thought out story. While not excessively detracting from the plot itself, the time skips are generally poorly done. Almost every single time skip is done with a jump cut, with the only indication that any time is passing being frequently vague character dialogue. While it certainly isn’t a huge issue, it is often quite distracting.

Drama makes perfect sense in a film of this nature, however, it is present in the movie to a ridiculous extent. This starts with Karen being racist to the point of blatant ignorance of her actions, which by itself is genuinely reasonable suspense of disbelief for the viewer. However, dedicated camera observation room, Confederate imagery plastered in parts of her house and tampering with neighbor’s garbage like a raccoon makes Karen’s character difficult to perceive as someone who can actually exist.

Further strange  is Karen’s obsession with the couple, with her unnaturally seemingly having a romantic attraction to Malik (Cory Hardrict), while simultaneously despising him. By itself, Karen’s caricature is reasonable to have with the movie, but the movie exaggerates many other characters to a ridiculous extent. For example, a comically racist police officer (Roger Dorman) is a member of a secret white police brotherhood. The Black characters in the movie are mostly entirely believable, but certain scenes are so obnoxiously out of character that it’s immersion-breaking.

Worst of all, however, are the holes in the story. Both of Karen’s kids are brought up individually in two scenes and never mentioned again. An event due to Karen being annoyed while eating out early in the movie would realistically never happen; a part of Black customers gets kicked out from the restaurant due to being mildly noisy after finishing their meal. The issues with the story are particularly bad in the later stages, with characters being almost unphased at having guns drawn on them, and the actions of a heroic white police officer who stood for justice being phased out of the story. At this stage, some of the characters don’t feel like real people whatsoever.

The ending in particular is a sore spot for the movie. At this point, Karen has thrown away any sense of normalcy, switching to a fervent desire to literally kill off the Black couple. The tone of the movie changes from white entitlement to full-on insane hatred with a drive to kill. It’s a change that doesn’t really fit in with the rest of the movie prior. Combined with the pacing issues, the story is hard to follow, and overall just leaves a lot to be desired, especially with the ending.

The movie certainly isn’t all bad, however. In terms of raw production quality, other than the jump cuts, there aren’t really any significant issues. The few fight scenes in the movie are choreographed and filmed decently, and establishing shots are done particularly well.

By far what saves the movie from being an overall bad experience is the premise. The movie attempts to address an important social issue in the form of social injustice, and the concept of a crazy woman driving out a Black couple purely because of their race is an interesting one and the movie really did get some things right in regards to its story.

I do believe that “Karen” is worth a watch if you’re bored, however it almost certainly can’t stand up to some other recent titles. While it misses the mark in terms of actually having a message or compelling plot, it’s not a totally horrible movie by any stretch and the effort of the actors and production staff should not be understated. Overall, a well below average, but not terrible piece.