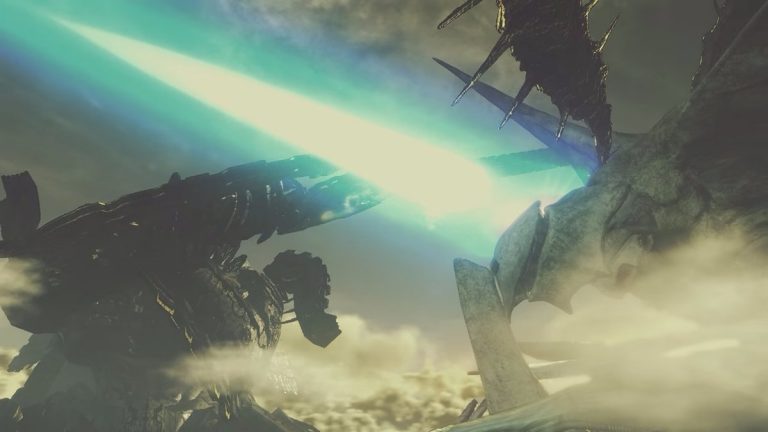 This iconic open-world RPG (role-playing game) introduces a conflict between machine and man that the player gets to unravel.
Rating: A Photo Credit: Monolith Soft

A great action game every now and then can feel quite stress-relieving. After all, taking one’s anger out on fictional characters can feel euphoric. Luckily, Xenoblade Chronicles Definitive Edition is the perfect game to unwind with after a chaotic day.

The original game was released ten years ago on the Wii and re-released a couple of times with minor changes on the 3DS and Wii U. However, its debut earlier this year on the Switch is on a whole new level. The graphics, music and user interface have been massively improved to provide a modern gaming experience while still keeping true to the original. Additionally, new story content has been added to entertain veteran players who are already familiar with the main plot along with detailed tutorials for newcomers.

In the game, the user plays as the main protagonist, Shulk, who is able to wield a godly blade called the Monado, that allows him to see into the future. He ventures across the world with his ragtag group of friends in hopes of avenging their loved ones and homes who have been ravaged by the evil mechon, a machine-based race. In order to do so, players must defeat bosses and level up using the intricate combat system. Albeit, it may be a lot to take in at first, however, the game gives players a chance to get used to its quirks. For instance, users can perform special combat moves called “arts” and coordinate with the other characters in their parties to do massive damage to their foes.

Those who are avid RPG gamers and have played the original game on the Wii, widely agree that the story is superb. Although it may take many hours to beat, the twists and turns as well as the character development is done perfectly. For example, the main protagonist is consumed with vengeance at the beginning of the story but later on, proves to be more wise and merciful. At the end of the game, one could feel a deep attachment to the characters which is essential to telling any story.

Although Xenoblade Chronicles is a great game, it does have its faults. As the player progresses further on in the story the enemies get increasingly harder to the point that users have to spend hours leveling up. This can be very tiring and even past the point of just being “challenging”. At times, it seems like the developers were trying to just mess with the players.

SPARK: Fall Fashion 2020 Going in depth on fashion trends you will see this fall

Fortunately, there is a “casual” mode but for more advanced players who simply want a more fair fight, it can be quite infuriating. Likewise, there are many side quests that the user can take on but most of them are rather plain. They mostly consist of fetching materials for villagers that are tedious to find. Players may feel that the developers could have put more effort into the plotline of these sidequests to make them more enjoyable and interesting.

“Xenoblade Chronicles Definitive Edition” is a game that will most likely appeal to veteran gamers who seek to strategize and engage in an expansive plot as well as the newcomers who want to explore the Xenoblade series. The open-world aspect will keep players entertained for months on end and the plot will keep one on the edge of their seat. It can be purchased now for $59.99 at a local retail store or downloaded digitally on the Nintendo eShop. The special edition of the game can be ordered online on various sites such as GameStop for $79.99. Buy it today and seize your destiny.