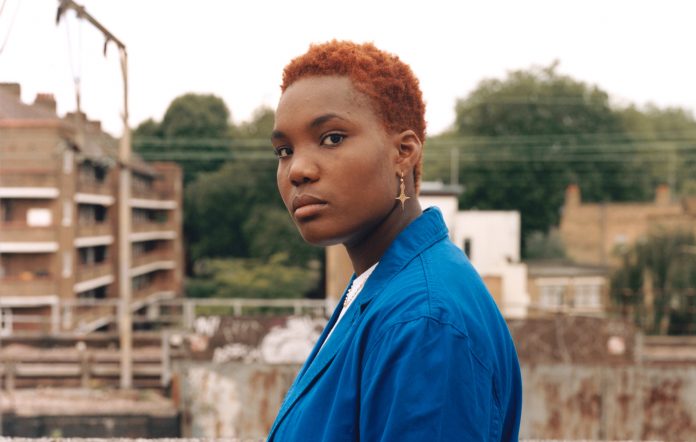 Born and raised in Hammersmith, West London, Arlo Parker is a singer, songwriter and poet whose first musical debut was November of 2018 with the single “Cola.” It’s 2021, and Arlo just released her first album, “Collapsed Sunbeams” that reminisces on the past memories that Parks fondly remembers and has learned from.

Arlo starts her album off a little differently from others with a poem she wrote herself. “I liked the idea of speaking to the listener in a way that felt intimate,” she tells Genius. The poem titled, “Collapsed Sunbeams” is a vivid telling of Parks learning to love herself while being isolated. Sometimes when artists talk on their albums it gets annoying and burdensome, but Arlo lets the soft music backing her speaking set the pace so it stays cohesive with the rest of the album.

The poem segues into the next track, “Just Go” that sounds like it belongs on a beach music playlist with the sunny guitar riffs, soft drums and perfectly blended piano. Parks discusses the toxic relationships she had experienced throughout her life. She sings, “Thought I was hallucinating when you turned up at my house. Hair dyed silver, mumbling apologies. I don’t trust your eyes.”  The soft yet cheerful instrumental in the back paired with Parks’ soft spoken voice tells me that she is still heartbroken by the way things ended with this specific person, but is happy to have that toxicity out of her life and now she is able to move on and create better and more healthy relationships in the future that are long lasting.

“Eugene” discusses a common experience where Parks fell in love with a long time friend who was still hung up on an ex named Eugene, “You put your hands in his shirt, you play him records I showed you.” Parks is envious as she can’t comprehend how the person she loves is still so in love with a boy who is not worth it. She sings, “Oh, when I see you smile with your teeth at Eugene, yeah, I can’t deal.” Parks feels and knows she’s better for her friend, but does not force that idea and lets her go back to Eugene over and over again.

Using unhealthy coping mechanisms can lead to a faulty and short term relationship that can cause more harm than good, which is what Parks sings about in “Porta 400,” “Spiralling in bathrooms, tile on cheek, telling me that drugs will only make me weak.” Parks’ unhealthy addiction in the song is drug abuse as she is always high and on the brink of overdosing, as depicted in the song as her dodging gravestones, which has her partner mad and worried. She sings, “You look like me when you lie,” as they are both making each other suffer and are hypocrites because of it. They want the best for one another while still actively being toxic and unhealthy for each other, prohibiting the other from actually getting better.

The album finishes off with a series of lo-fi lounge songs such as “Baby Blue” and “Ivy, which pushes the album in a direction that goes from a bright, soft, and relaxing feel to a more somber and dark feel. My personal favorite is “Black Dog,” a song Parks wrote for a friend of hers that was diagnosed with depression, “Let’s go to the corner store and buy some fruit. I would do anything to get you out of your room.” You can tell, with the choice of mixing somber instrumentals with lively ones, that Parks is trying to cheer up a friend, although deep down she does not fully understand the depth of this illness. Seeing how it’s slowly taking over her friend Parks is terrified whether they will be able to survive this time.

Arlo Parks shows through her debut album that it’s okay to reminisce on the past and miss the moments that are shared with ourselves and others that are now gone. But she also emphasizes how she used those memories as lessons to help her move on and face the future; she lets her listeners know that it’s okay to remember but not dwell. She describes moments in her life that we as the listeners can replace with our own and learn the same lessons that she was able to learn through that.