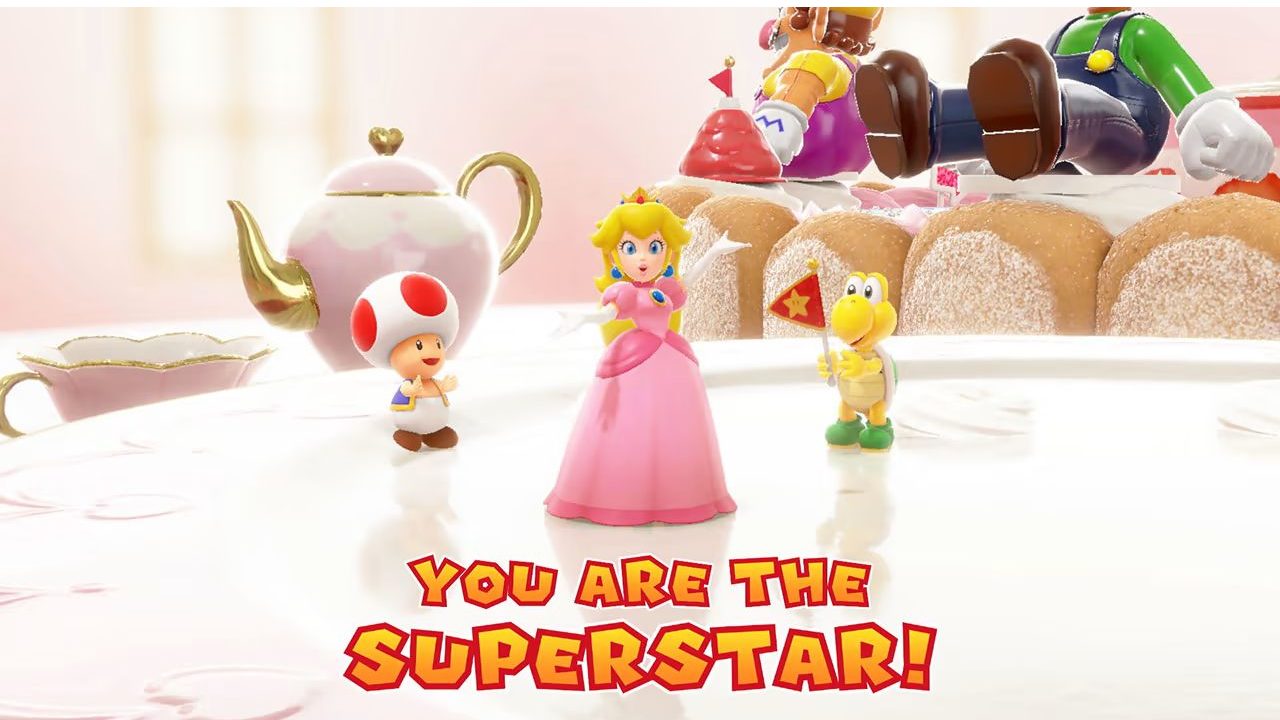 When players start the game, they are asked to build a profile that includes their favorite game, gameboard, and minigames. The profile can then be compared against other players. Players earn experience points and coins while playing that can be used to level up their profiles and buy various items at the shop such as music.

One of the best parts about the game is when playing with family or friends. Players can sabotage each other as they go around collecting coins and stars which makes it so everyone has an equal chance of winning. When I played with my three younger sisters we were all pretty evenly matched even in the minigames. The main reason for that is because before every minigame there is a learning screen and players can take as much time learning how to play before the game starts.

However, choosing to play a full game is a commitment, as most games take at least 45 minutes. Also because the game allows for players to react with stickers, some players can abuse the sticker selection menu to get ahead. When I was playing with my sisters I could sabotage them by covering up important dialogue options while they couldn’t do the same.

If you don’t have anyone to play with in person there is an option to connect to the internet and play with people online. Finding an online game to join was a little bit of a struggle. I had to search three times before I finally found a game to join, but load times and glitching were a big problem. Even though I had a good internet connection there were times when my game would lag and mess it up. For the most part, as long as you play offline on a single console, load times are quick and the graphics are good.