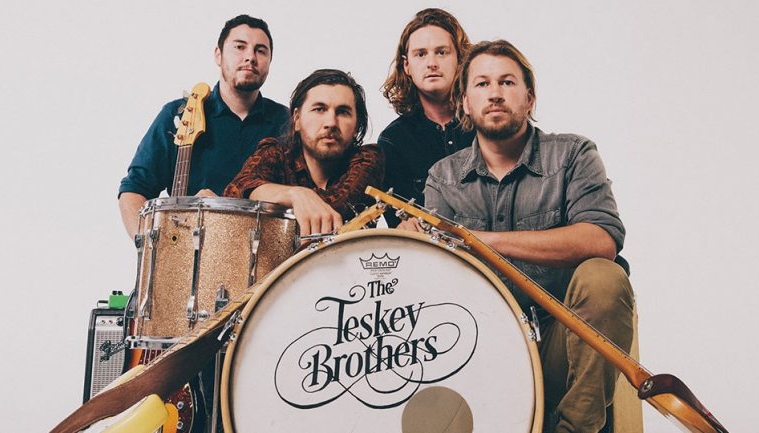 ‘Run Home Slow,’ features 11 lengthy tracks that show off a timeless era using their unique sound. Throughout the album, a variety of instruments can be heard, from the banjo to an organ, along with the lead singers, Josh Teskey’s, wide vocal range.
Rating: A+ Photo Courtesy of The Teskey Brothers Facebook

Falling down a rabbit hole of music videos on YouTube, I come to a channel called ‘COLORS’ where they aesthetically showcase live versions of songs from distinctive artists. Since most of the artists are underground, or not popularly known, I clicked on a random video because of how serious the artist had posed in the thumbnail. After watching the live, raw version of “Rain” by The Teskey Brothers I searched them up on Apple Music and instantly fell in love with their music.

I had to do a little research since the main singer was the only one performing in the video, but The Teskey Brothers are actually a band of brothers. They started off with Josh and Sam Teskey, two brothers, originating from Victoria, Australia. Later on, their two friends Brendon Love and Liam Gough joined them and they’ve been playing together since high school.

Their newest album ‘Run Home Slow’ isn’t the most classically known sound, like pop or rock, but it is perfectly timeless in its own way because of its original Motown sounds. Their slow, bluesy groove is instantly set off from the very first song, “Let Me Let You Down,” where they start the tune of their song, stop and repeat it, once Josh says “go again,” to give off a more dramatic effect to their genre.

A variety of emotions can be heard throughout the whole album, but personally, “Paint My Heart” displays it the most through the high and low intensities of the instruments and vocals. The six-minute track starts off with an organ, going into pounding drums and a lonesome guitar solo, then when Josh’s vocals pick up, it dies down, intensifying the overall composition of the blues genre. The bittersweet lyrics, “Got my heart for me to see / I paint it with something new / Then I’ll send it on,” match the slow tempo that gives off the overall idea of moving on from past experiences as the music moves faster with the sound of Josh’s vocals.

The most prominent sound from each song is Josh’s rich and strong vocals. At times, it feels like his vocals take over, washing out the chaotic, yet synchronized instrumentals. However, it is still interesting to hear how easily he can control his singing, from having a 60’s feel in one song to a softer, yearning sound in another.

All in all, The Teskey Brothers’ main genre is blues, but they have sneakily incorporated jazz and gospel influences into their music, which simply amplifies the emotional intensity each song has. ‘Run Home Slow’ exemplifies their ability to stay true to their tight musicianship while also branching out to try new things.