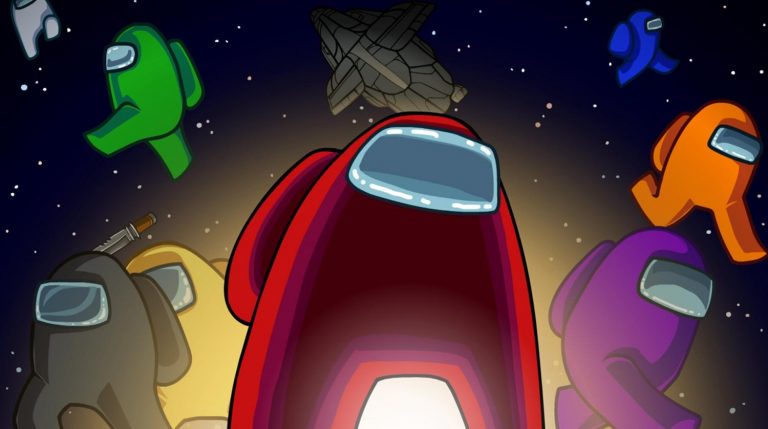 Among Us is a multiplayer game full of strategy and betrayal where crewmates must work together to complete tasks and deduce the imposter's identity before they are killed.
Rating: A+ Photo Credit: InnerSloth

Although ‘Among Us’ was initially released in 2018 and received little mainstream attention, meme culture freely advertised and helped the game gain popularity on various social media platforms. Garnering an average of almost 250,000 viewers with a total of 40 million hours watched on Twitch in the last seven days, InnerSloth’s ‘Among Us’ emerged as an overnight sensation in the gaming landscape. This influx is mainly due to the game’s remarkable ability to bring communities together and create crossovers between many well-known Twitch streamers and YouTubers on a scale never seen before.

The rules are straightforward; the Crewmates’ or the ‘good guys’ objective is to win by filling the group taskbar and discovering the “Imposter.” The Crewmates can fill the group taskbar by completing tasks, such as fixing wires and entering passcodes. They can also win by ejecting all the Imposters from the spaceship through voting and emergency meetings. On the other hand, the Imposters’ objective is to kill off enough Crewmates to have the same amount of Imposter(s) and Crewmates before they fill up the taskbar or discover their identity. The Imposter can sneak through vents, and use sabotages, like creat reactor meltdowns and disabling communications to bring chaos and divide the Crewmates.

The game is incredibly fun to play with friends and family. The feeling of not knowing and using strategy to identify the Imposter is a thrilling experience. When playing as the Imposter, it is highly entertaining to pull strings to manipulate and fool Crewmates to eject each other off into space. It is also enjoyable to play as a Crewmate, working together to fill the taskbar and discuss voting over suspected players. When the game ends and shows the Imposters’ identities, the plot twist is always an exciting surprise to look forward to. After a series of turmoil and angry arguments, winning the game is genuinely satisfying, especially given the mundane lives we live in quarantine every day. “Among Us” also lets players interact with strangers and create unexpected connections and friendships through the in-game chat box and communication platforms like Discord.

The game’s exponential popularity comes with downsides, though, including servers being full, making it challenging to find an open game to play in. Players may often find themselves joining a game just to see the lobby full and repeat the process until there is a spot available. Random kicks, bans and disconnections from servers are also a prevalent problem as well. Individuals that are colorblind also have a significant disadvantage since the game focuses mostly on identifying the characters’ colors to determine who the Imposter is.

In addition, playing this game with strangers can also be frustrating and annoying. Many users are quick to assume and falsely accuse someone of being the Imposter without giving them a chance to defend or explain themselves. Once someone says it’s a particular color, everyone will follow suit, completely defying the meaning of having a discussion. Some people also immediately leave after joining the lobby or game, delaying the match from starting or automatically giving a win to one side.

Downloading ‘Among Us’ on mobile phones is free and costs only $5 on Steam for desktop players. Regardless of the types of devices used, up to 10 people can join and play together in a single server. The game’s cross-platform play feature and great capacity allow for large-scale streaming collaborations, inspiring countless individuals to try out the game for themselves.

It’s been two years since Among Us was released and it still holds more significance than ever before in this hectic year of 2020 as we seek comfort and social interaction in a spaceship far off from human civilization.