Think outside the norm with ‘Blackbox’ Test your puzzle skills 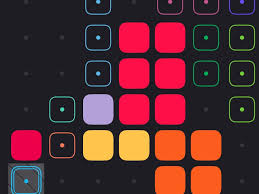 While most puzzle games make the player constantly think, they also tend to finish games within days of getting it. But, unlike most regular puzzle games, Blackbox, requires out of the box thinking and patience. For example, the game has no instructions, leaving the player to figure out the game on their own. For some, this can be annoying and for others, this can be the perfect game needed to keep them on their toes.

The game itself is pretty basic. Players follow little dots and different colored screens to move to the next round. The goal is to turn on the colored lights by physically moving your phone. Sounds easy, but the catch is finding the perfect medium to advance.

Unlike most games, this game has no actual controls, like joysticks or navigation, so the player must move their phone around, almost like virtual reality. Once finishing the level, the player is told to tap on the screen to move to the next one.

One drawback of the game is that users will only hear “ding” sounds once a level is completed. There isn’t any music that plays during the game, which is kind of sad, as it would be nice to listen to something while trying to win. The game does offer a hint screen so the player can get help in case they are stuck on a puzzle. Players can also get hints by adding Blackbox on their social media platforms and sharing a link to get the game.

Getting the hang of Blackbox and understanding how to beat the game can be what keeps one coming back to play. It’s not necessarily addicting, but the game has its moments where one wants to stay engaged and do what they need to do to pass the level.

Blackbox is worth the download if one is up for the challenge. The constant question of if you are playing correctly is what keeps the player coming back for more. The challenge makes the game one unique from the rest and surely worth the try.