A new bridge to build Not the end of the world 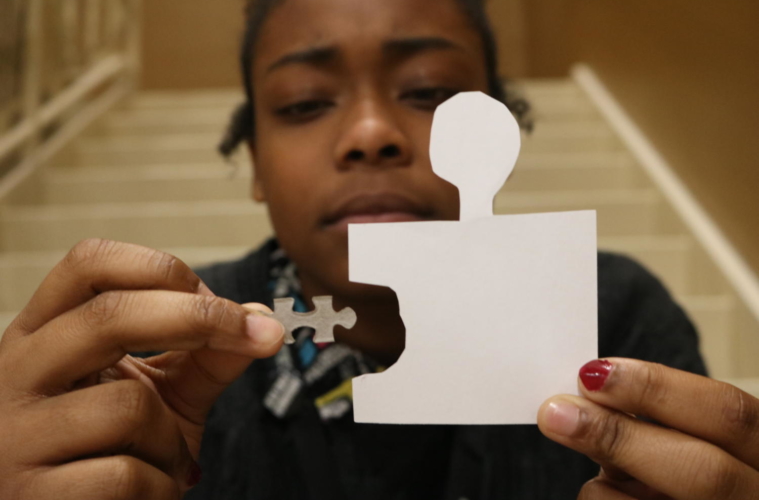 It seems as if I have the wrong puzzle pieces to life. It was hard to throw the unnecessary pieces away because I never realized how close I was to a complete picture before–but as I grow older I am starting to see things clearly. Photo Credit: McKenna Thayer

Releasing a heavy sigh, I close my eyes and shut off my phone. Goodbye. I have avoided saying it for as long as I can remember. I couldn’t tell if it was because of my fear or just loneliness. Even though the idea of dropping someone from my life is scary, it can sometimes be necessary for growth.

While high school has been a joyride of burning bridges and creating new ones, the flame has not always been negative. In some cases, it has forced me to learn from my mistakes and do better. Growth does not come on its own–people have to change themselves in order for it to happen. From friends to partners, it is important to note toxic behavior and stray away from them.

Last year, I had surrounded myself with people without thinking twice about their intentions. By this year, I heard some people were talking badly about me behind my back. Maybe I wasn’t good enough for them to reciprocate the feelings, but maybe they just weren’t good people to begin with.

However, I finally recognized that being alone is better than being demeaned by those close to you. Even the smallest comments they said still stick with me today.  Being told that the things I enjoy doing are “silly” or “weird” hurts, even if they were only jokes.

The daily taunting without any support not only controls our mindset in a negative way, but also stunts our growth. We are constantly growing and learning as teenagers, but it is time to start surrounding ourselves with people we want to be like. But, the support has to begin with ourselves.

Let’s be real–high school is already tough, but it is short. So why suffer with your friend group? Just burn that bridge. Ditch those friends. Surround yourself with people who love and support you. As scary as it sounds, being alone doesn’t mean the end–it is just an opportunity to pick yourself up and start again.