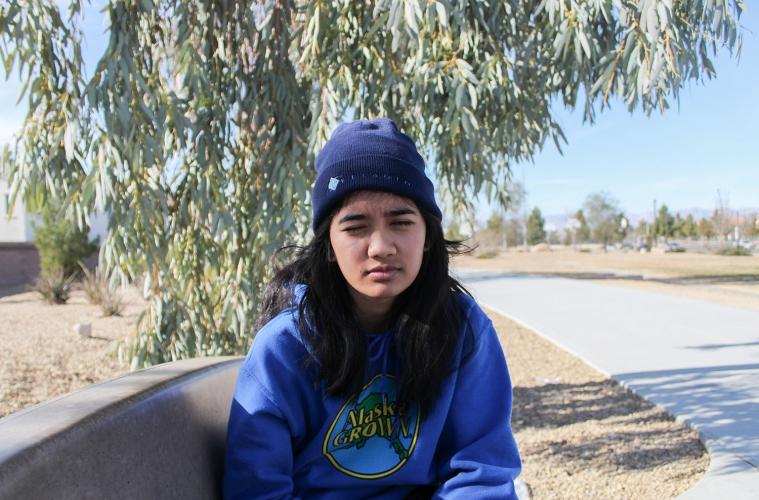 If anything, I’m tired of history repeating itself. This new year has potential to better than the last, but that’s only if humanity collectively chooses to respond differently to tragedies and disasters. Photo Credit: Cassie Valdez

Disaster after disaster, tragedy after tragedy–I think it’s safe to assume that many would agree with me when I say 2017 was far from perfect. Throughout those 12 months, I noticed a consistent pattern of people choosing blissful ignorance over accepting reality. Repressing harsh truths in the back of their minds, many ignored the severity of misfortunate events in order to preserve their optimism.

This is the same reason why mass shootings were constantly overlooked. Each time death tolls reached news headlines, a number of people would act surprised as if they were expecting the lack of change in American gun control to make the outcome different this time.

This is the same reason why several people can dismiss global warming and irregular weather patterns like it is nothing to worry about. While the west coast experiences massive wildfires and the east coast suffocates under piles of snow, the environment cannot be ignored amidst these obvious climate change cues.

Cheers to a new year, by cassievaldez

This is the same reason why major news networks like CNN can prioritize a story about President Trump’s sensitive self-image on their main page yet ignore the fact that Puerto Rico is still suffering from the longest blackout in American history. The lack of a response from the federal government has left millions in a crisis.

This is the same reason why social media can rave over the new season of Black Mirror but disregard how millions in Yemen have been struggling through a widespread famine. Families are doing their best to survive through malnutrition, but there is only so much they can do with the little help that they have.

This is the same reason why those who desperately need help are constantly left in the shadow of another story about trivial matters. Caring about the way celebrities are condemning Logan Paul on Twitter won’t amount to any significant change, but advocating for positive solutions to the adversity in the world has more potential than being complacent.

However, as 2018 begins, the opportunity to make this year better than the last stands. Novelist Ayn Rand once said, “We can ignore reality, but we cannot ignore the consequences of reality.” Regardless of whether people choose to acknowledge the errors in their ways, the aftermath is inescapable. To prevent 2017 from repeating itself, humanity must commit to tackling issues with the proper level of seriousness and intention that is necessary.