Compassion: A dying art How people have forgotten to understand one another 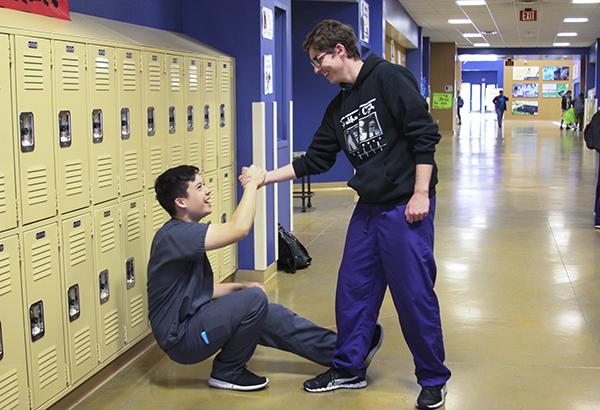 Have you ever been left behind, left out, had your hopes raised and dashed or been somehow ignored? The likely answer is yes, sadly making a lack of compassion a regular occurrence. I witness it on what seems like a daily basis; someone makes an unpleasant claim about someone else, someone is excluded from a group, or someone is otherwise forgotten.

I once learned the “Golden Rule” of interacting with others: to always treat others how you would want to be treated. This guideline was taught in elementary school because it is an elementary concept, yet it is one rule that many can’t seem to follow.

Compassion is defined as “a feeling of deep sympathy and sorrow for another who is stricken by misfortune, accompanied by a strong desire to alleviate the suffering.” In Layman’s terms, compassion is what a person feels when they want to help a person in need. Without this feeling present, it is impossible to understand how to generally treat others.

Countless times have I been subject to or partaken of this phenomenon myself. I’ve laid friendships to rest because of my distaste for another’s actions and I’ve held the position of the abandoned friend. I’ve raised and crushed hopes and I’ve had mine raised and crushed all the same–to a mountainous degree.

As stated by the Journal of Psychological Science, “Participants who regulated compassion—but not those who regulated distress or experienced emotions—showed a dissonance-based trade-off. If they reported higher levels of moral identity, they had a greater belief that moral rules could be broken.”

Put simply, lacking compassion comes at a cost. That cost is the loss of moral awareness, which takes away part of a person’s humanity.

While it is an everyday happening that I see how morally deficient those around me are, it is still not right. I urge myself to be as compassionate as I can be, and I urge my readers, the masses, to do the same.