Complimenting leading to teasing not alright 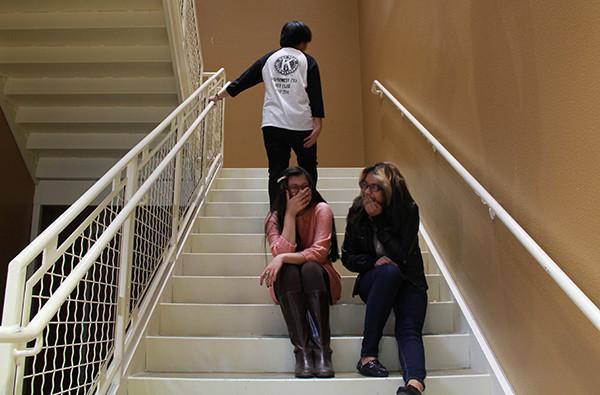 Saying someone is "cute" or "pretty" does not necessarily mean that they like that person.
Photo Credit: Jacob Berroya

Have you ever said a compliment that went a little like this; “Hey man, that person is super cute! I have seen her around school and everyone is talking about her!” Or maybe something like; “Oh my gosh! That guy is too cute! I love his style too!” And soon after it is said, rumors are spread all around the school saying how much you like/love that person?

I have noticed that there are people that take casual conversations like these way too seriously. Either they automatically assume that I like the person and keep it to themselves, or they instantly tell everyone in my circle of friends about what I just said. This, although entertaining at times, is not only embarrassing for the person, but is also an invasion of privacy.

I have had numerous experiences with these situations. Whether I am the center of ridicule, or another person is being teased, I have witnessed these occurrences quite a bit. Now, although I do have some fun teasing people about their comments, I absolutely hate it when it is the other way around.

Seriously, it upsets me to see how one little compliment can grow to be such a big deal. Just by simply calling someone “pretty,” the whole student body can bombard that one individual with questions asking if they like this person or that person. Trust me, it can become annoying fast.

Additionally, then either the relationship becomes strange and awkward because of all the rumors flying around about how you both like each other, or your friends can constantly tease you around that one person and try their best to embarrass you.

Yes, I understand that teasing a friend can be entertaining, but doing it too much can just cause problems. I cannot lie either, I have teased my friends about their compliments before and I have also joined in with some friends who were doing it and had a blast doing so, but that does not necessarily mean that it was OK or right for me to do it.

So, with my mind running out of ideas and my rant coming to an end, I suggest that everyone stop their teasing when it comes to people complimenting someone. Yes, doing it sometimes can be funny and entertaining, however, doing it too much is just too obnoxious to overlook.