Expecting failure The ups and downs of a self-destructive personality 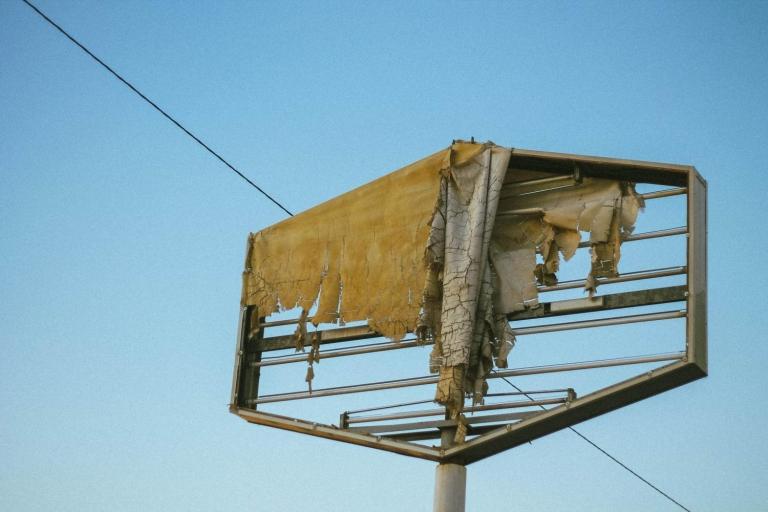 I didn't know much about what the purpose of this sign had, but I do know that over time, it has decomposed to be a sad remnant of Downtown Las Vegas. Photo credit: Vinh Tran

“Life is like a rollercoaster, it has its ups and downs.” Although I hate quoting cliche sayings, I agree because I’ve grown to understand it’s true. As I get older, it’s only natural to want to be prepared. For that reason, whenever I’m feeling overtly positive, I often expect something to go wrong.

I’m not the only one that feels this way, nor am I the first to express this feeling of self-destructiveness. But I do believe that self-destruction isn’t exclusively negative. For example, I expect to fail as a way to soften the impact of disappointment. Like when I tell myself that I’ll probably get rejected for a scholarship. It’s an “I told you so” moment to reassure myself that I knew that something might turn for the worse; so be prepared for both the best and worst case scenarios.

With that comes an unrelenting feeling of oppression because I know that it’s all coming from me. I feel like I’m in a constant state of confusion, due to a back and forth of emotions. Some would say that these emotional responses are a result of pessimism, but I see them as more of a conglomeration of a constant flow of letdowns and bummers.

Being aware certainly helps with overcoming one’s temperament. It may seem difficult to change one’s life when they’re so accustomed to feeling a certain way. However, nothing is permanent when it comes to personality traits.

Expecting Failure, by vinhtran41099
I have struggled with controlling my inner turmoil. During my sophomore year, I overcame anger and last year, I picked up my own slack. Even this year, I dwelled on my problems with impatience, commitment and adaptation. But this time it’s different. How does one change a 15-year habit of expecting the worst?

Not being confident enough to accept what life has to offer isn’t something I can conquer in just one article. I feel like my expectations to be unsuccessful has become part of me. There’s this uneasy feeling that clouds all judgment when I think of my future. I can’t really see myself being anything other than second best. If my life would flash through my eyes, I’d probably be a side character.

But expecting failure doesn’t have to always be the case. Being the change you want to see for yourself is just the first step to breaking away from years enduring a vicious cycle of failure. It won’t happen in a day or even a year, it’ll happen on its own. This time, however, I’ll follow through with what I say.