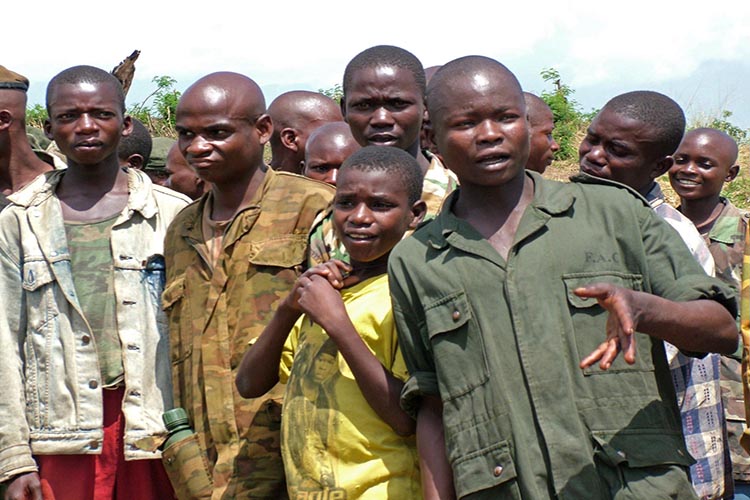 Living in a world tarnished by war and death is painful for everyone, but no one else feels more pain than the children who are recruited as weapons of war. Up to 300,000 soldiers under the age of 18 stain the war lands in third world countries, and some of these children don’t have a choice. Even if some countries don’t have the same rights that the U.S. grants, the right to refuse to join a war effort should be universal.

A common misconception among industrialized nations regarding child soldiers is that they are only males, and only fighters. The truth is that 30 percent of all child soldiers are female, and being a child soldier means more than risking their life through fighting. Child soldiers can vary from being drug producers, labor slaves and suicide bombers to spies and messengers.

But what is most surprising is that most of the third world countries that allow child soldiers are aided by the U.S.  As if resorting to having numerous children risk their lives was not enough, now those countries want help from the U.S. to advance militarization? It is understandable that some wars are worth fighting for, but there is no “good” side to a war if those countries resort to forcing children to fight for them.

Even if some countries don’t have the same rights that the U.S. grants, the right to refuse to join a war effort should be universal.

Yet there are children who are willing to join armed forces but only because of their socioeconomic status, or for protection. They are under the impression that joining an armed force will grant them a source of income, food and security. In reality, those privileges are given only to them until they are forced to give up their life in order to bomb a city or to test drugs. These children are basically told lies that inevitably seal their fate.

Although, some children live in places where violence is a daily occurrence, such as the situations in countries like Indonesia. Their crime rates and violence among people are incredibly high seeing how they don’t have an ongoing war with another country. So violence among children is not limited to just being soldiers.

On the other hand, children in the U.S. are actually given the chance to be children. By law, all children in the U.S. are required to have a home, guardian, and safety. In comparison, living in the U.S. is basically heaven as opposed to the poor living conditions of third-world countries. But why is there such a large gap between the lifestyles of children? The answer lies in the selfishness of the governing of countries.
One of those aforementioned governments is Australia‘s. They carelessly sent Syrian refugees to live in Cambodia, a country infamous for poverty and violence. When the U.S., Syrian refugees are ensured basic freedoms by federal programs. has  Refugees that reside in poorly-funded camps are most likely to be recruited as soldiers.

While the average teenager will most likely not be able to change the entire thinking process of a whole government, they can still do the most they can to aid child soldiers. There are numerous organizations and charities that benefits child soldiers. For example, the International Rescue Committee seeks to save the lives of children and spread awareness.

Nevertheless, as long as the selfishness of many industrialized nations, the narcissism of today’s population and the carelessness of third-world countries continues to exist, these children may never find their way to a loving home.