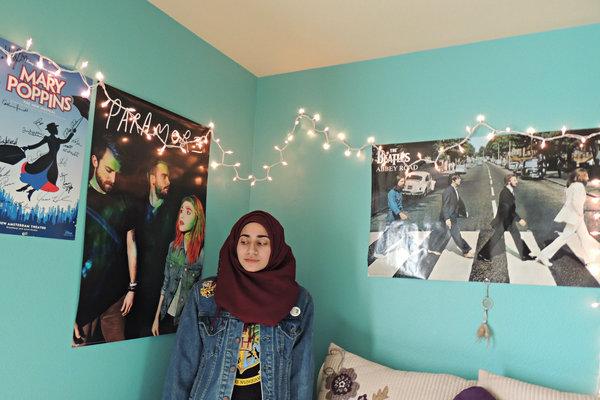 With a simple glance at my bedroom walls, it is plain to see the extent of my love for various mediums. Photo Credit: Amne Thomad

The list of things that I consider myself a fan of is more or less the length of a scroll. I am the type of person who does not typically just like something—I love it with every fiber of my being.

I am passionate about the things I like; I dedicate time to them, I have extensive knowledge of them and I feel a personal connection with them. Among the enormous array of music, movies, characters, people, shows and so on, the peak of my fanaticism would hands down be for Darren Criss (actor, musician, best known for his role as Blaine Anderson on Glee).

For about four years, not only have I been a huge supporter of his work, such as his participation in musical theatre production company Starkid, where he played the role of Harry Potter in A Very Potter Musical and his solo work as a musician—but I also have admired him as a person.

His music has served as a source of happiness and even healing to me; I simply see his outlook on life and the way he treats people to be very admirable. Through being a fan of him, I have not only gained many friendships, but feel that I have become a better person.

However, despite all of this, I realize the dangers of fanaticism. When one becomes so invested in someone or something (especially a real person), it is easy to see them as a perfect being that can do no wrong; everything they do becomes acceptable.  As I discussed in a recent column, we begin to form parasocial, or one-sided relationships, with the media forms we love.

As mentioned in a video on being a critical fan by youtuber Angelina L.B., some may experience cognitive dissonance: the idea that the brain will struggle to hold two conflicting thoughts, and in order to maintain balance it will erase or change one idea.

Due to your connection to things that you love, you may take it as a personal attack when someone is critical of it.

A fanatic may believe that people who are outside their group of fans do not understand their obsession, and therefore do not have the right to point out its flaws. Instead of listening to what the critic may have to say, a fanatic might completely disregard it and consider it wrong. This can lead them to argue against it in a profane, or even malicious manner.

Having the capacity to realize and accept that the thing you love is imperfect is a way to practice healthy fanaticism. Despite what others may tell you, loving something is not a waste of your time. In reality, being a fan of something says more about you as a person than it says about the object of your interest and admiration.

However, be careful not to allow your love for something, whether it be a favorite band or otherwise, to blind you from hearing what others have to say. Just have fun and remember to keep an open mind.

History of Fandoms on Dipity.