If I were a toy Imagination comes at a cost 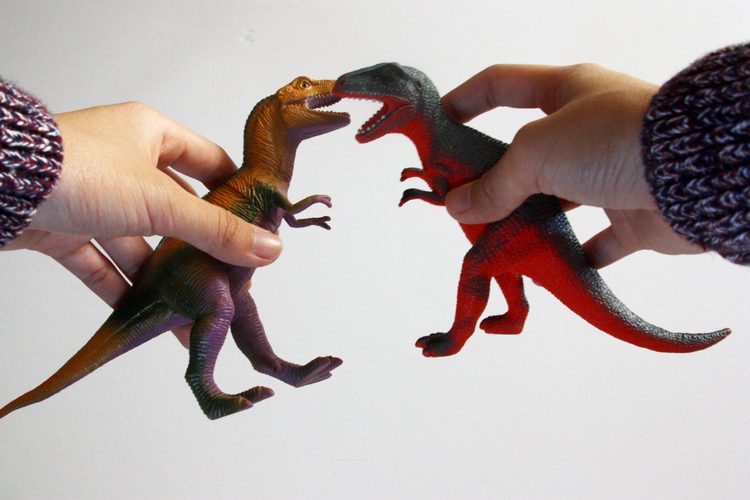 If I had a dollar for every time I was denied the right to get a toy from the boy section, I could afford all the plastic dinosaurs my heart desired. Photo Credit: Cassie Valdez

Recently, Smyths Toys tackled decades worth of gender norms in a 40 second ad. Centered around a little boy who performs his own rendition of Beyonce’s “If I Were a Boy,” the quick advertisement follows his adventure through a toy shop. He explores outer space in a rocket, travels down the store aisles on a motorcycle and becomes a queen fitted with a pink dress and fancy crown.

In a world where traditional values are so ingrained into society, this commercial expands possibilities for younger generations and breaks down barriers that separate masculinity and femininity. Constantly surrounded by gender specific labels, people build a subconscious understanding to abide by this social construct.

Often, parents frown upon giving into their child’s desires if it doesn’t match what they want them to be. When I was younger, I was always more attracted to the row of Power Ranger action figures than the row of Littlest Pet Shop playsets. Bringing back toys to the the cart, my parents would try to talk me into getting something more “girly,” arguing that it wasn’t meant for me.

However, toys and gender are not mutually exclusive–but when one fails to meet society’s preset restrictions, they are vulnerable to their own shame and disappointment. Self-hatred develops at a young age, carrying onto one’s adult life and making it difficult to see the best in oneself. Sometimes this self-loathing goes as far as suicide.

Surrounded by a family who didn’t accept her for being transgender, Leelah Alcorn took her own life in 2014. Told that she “will never truly be a girl,” she struggled coming to terms with herself on her own. If she had been taught the reality of the gender spectrum and given the love and support she deserved, her life would have never been at stake.

It’s like there’s fine text too small for anybody to read that says “Self discovery is only acceptable if you fit into the role expected of you.”

Not only are identities disapproved by loved ones but creativity is limited. Absent of the tools that allow a person’s thoughts to thrive, one only thinks inside the box they were forced into. Because of societal standards, imagination is only valid as long as it sways towards gender roles. When making life choices, people are compelled to consider the things that align with masculinity or femininity–whether that be the way they smell or the clothes they wear. Yet at the same time it is advocated that we are in charge of our own lives.

The world we live in is hypocritical. Phrases like “be yourself” are constantly repeated as a reminder to “find who you are.” But if that was truly society’s aim, then there wouldn’t be such an obligation to abide by normalcy. It’s like there’s fine text too small for anybody to read that says “Self discovery is only acceptable if you fit into the role expected of you.”

While these standards have been the rules for years, believing in them is detrimental. It confines the opportunities for one’s personality to fully develop. How can we explore new ideas if we’re threatened not to?

This kind of traditionalism doesn’t promote a progressive society. An effort is required not just from parents but from entire communities to promote acceptance. Companies like Smyths Toys and Target have challenged these stereotypes, making it less a part of everyday life.

Instead of rejecting those who don’t fit into societal stereotypes, we need to accept a variety of preferences. Children must be exposed to the world beyond their gender. Teaching kids at a young age that it’s okay to want different things and to feel different ways not only supports their mental health, but encourages them to be themselves unabashedly.