In Loving Memory On dealing with loss and embracing new beginnings 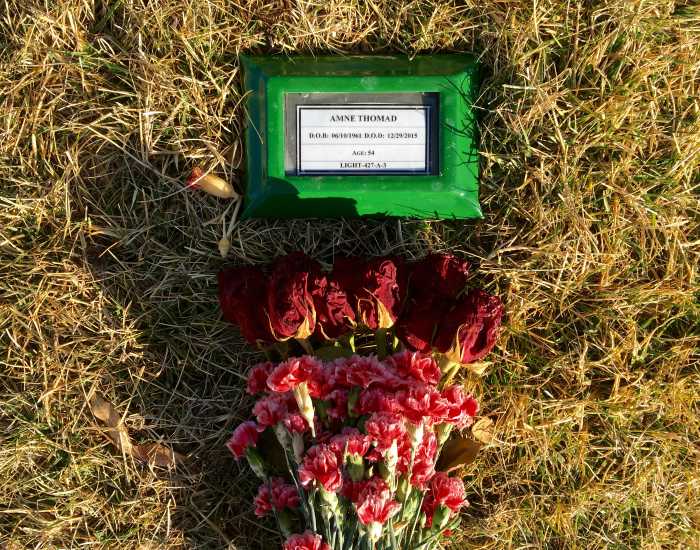 It’s been two weeks since it happened and still, nothing feels real.

As 2015 was quickly drawing to a close, my family got the news that my mother only had a couple of days left to live. Then, everything stopped.

My mother had been battling liver cancer for the past five years, and in the last few months, her condition had been progressively getting worse. A couple weeks before we received the news, she was able to walk, talk, and function for the most part normally, though she was in a lot of pain (but would conceal it from us so that we would not worry). Maybe it was just blind hopefulness, but I didn’t know that her time was almost up. I didn’t think it would happen that quickly, anyway.

My mom died at 2:35 p.m. on Tuesday, December 29th 2015. She was in a hospice program, so she passed in our home, surrounded by my family, her four brothers, and her closest friends.

People are constantly asking me, “How are you?” and telling me “You’re so strong” and while I appreciate their concern, I truly do not know how I am feeling, and I have never been a very strong person.

I advocate the importance of vulnerability, but I’ve been making an active effort to appear fine to everyone around me. When things get too heavy, I would just go to sleep so I am not conscious enough to deal with it directly. For that same reason, I have been putting off writing this column, because in order to do so, I would have to address my feelings upfront. To me, that isn’t strength. It is unhealthy repression.

I need to honor my mom’s legacy by trying to embody all her best attributes: her compassion, her generosity, her selflessness, and most of all, her strength.

It’s funny the way these things that happen so quickly can alter your entire being. For me, it initially questioned my faith, but ultimately strengthened it. When everything had begun to unravel, I  started to think “What kind of God punishes good people (and even with bias aside, I can honestly say that my mom was the best of people) this way?”

But after watching the way everything played out, my faith in God and something bigger than I is more certain than it’s ever been. The timeline in which we found out what was happening and watched my mom fade away was almost as if it were laid out to ensure everyone’s comfort. We were able to say our last words to her and be with her in our own home at the moment she passed, and for that, I am extremely thankful, as many do not have this opportunity for closure.

The days have felt exceptionally long lately, especially at school—but when I’m home, I still expect her to be there. We’ve had so many visitors in the past couple weeks, and sometimes when I’m sitting in a big group of people, I’ll still think “Where’s Mom? She should be down here with everyone.” It’s not that I haven’t accepted what has happened; it is just that at times, it still seems surreal.

I don’t really know where to go from here. I’m almost 18 years old, but I don’t know how to live without my mom. They say the loss of a parent hurts the same no matter what age you are when it happens. While I believe that to be true for the most part, it’s almost as if there is an added difficulty having lived with my mom at the time we lost her, as I do not have a spouse or my own kids to focus on.

Dealing with this is more difficult than I ever could have imagined. There are days where I am perfectly happy at one moment, and suddenly, I have to stop myself from breaking down or get to a place where I can let everything out privately. 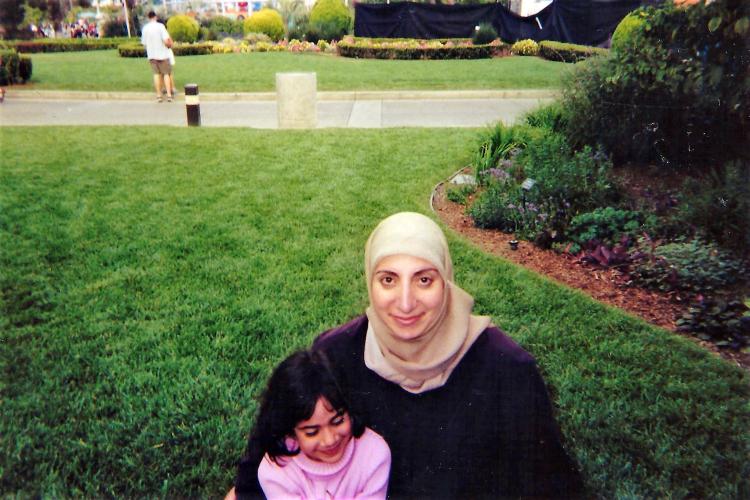 This photo was taken when I was about 4 years old, and is one of my favorites of my mom and I together.

In this photo, my family is returning from a trip to Iraq to visit my father's family. 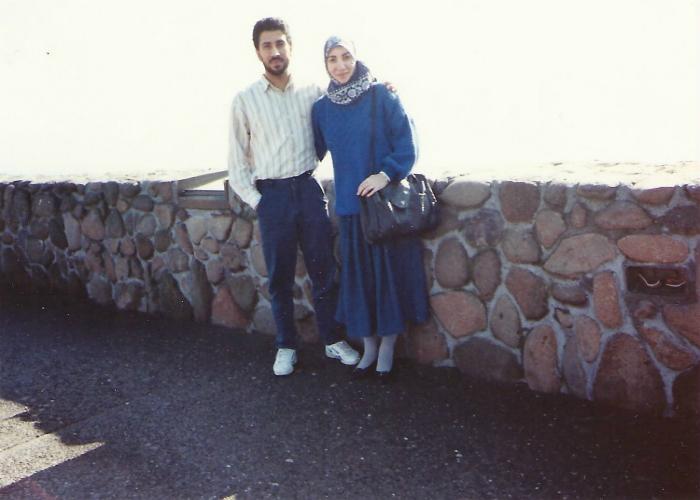 This photo of my parents was taken during their honeymoon in 1989. 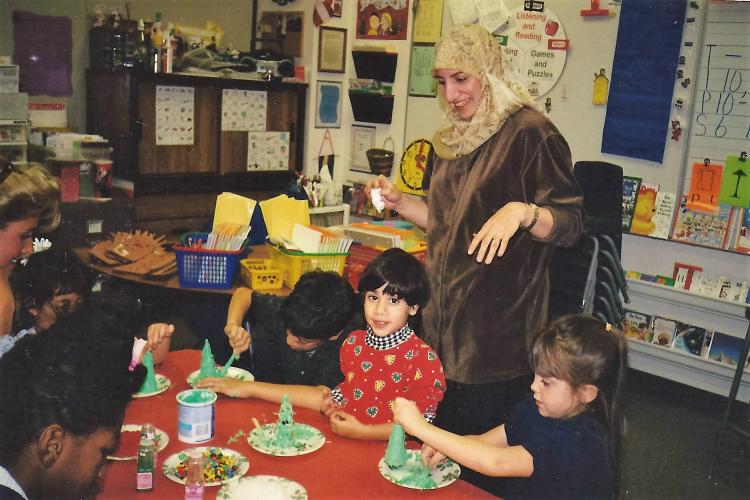 In this photo, my mom is volunteering to help out in my preschool class. 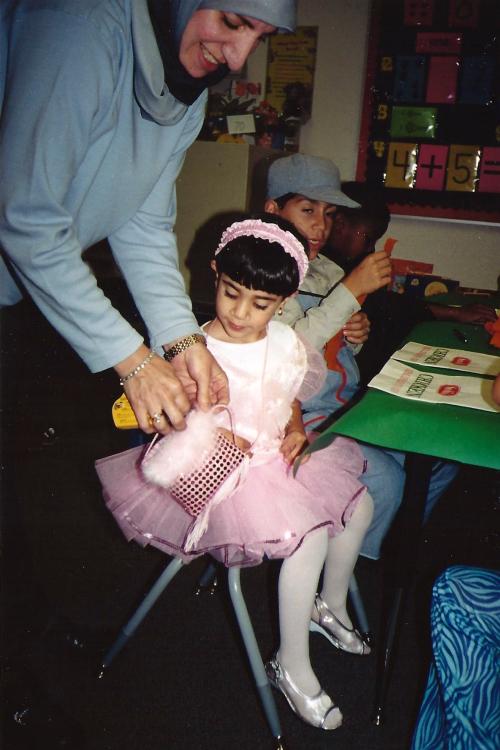 In this photo, my mom is helping me, at age four, get ready for a ballet recital 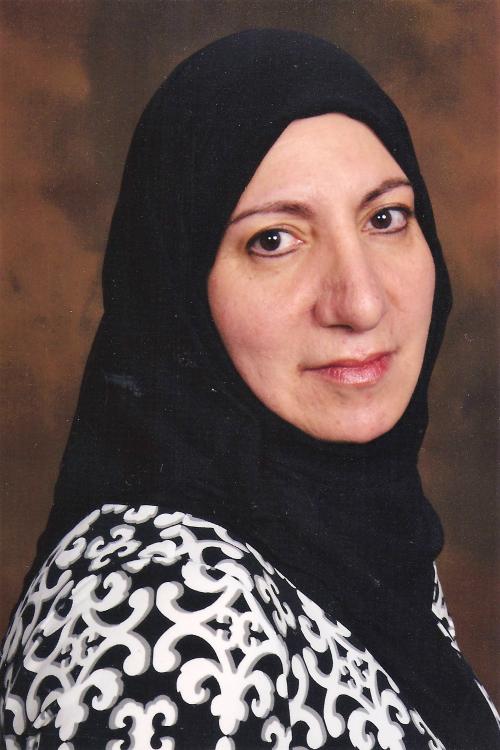 A self portrait of my mother.

From here on out, everything is a learning process. There is no easy way of dealing with grief, but all I can do is take everything day by day, minute by minute, and sometimes even second by second.

Lastly, I need to honor my mom’s legacy by trying to embody all her best attributes: her compassion, her generosity, her selflessness, and most of all, her strength. For the people who did not know my mom, the next few sentences would be a cliche about a daughter romanticizing her mother’s legacy; to those who know her, it is the understated truth.

My mom was an extremely rare person in that she was extremely genuine in every way that she lived. Anyone who knew my mother did not have a single bad word to say about her, and she made an effort to connect with and help so many people, expecting nothing in return. That is what makes this so difficult: knowing that of all the people in the world, I believe that my mother was the last person to deserve any of the pain she endured.

Even when dealing with the pain of her illness, she was extremely positive and accepted it completely, never once questioning “why is this happening to me?” She never pitied herself, and her faith always remained strong. Throughout the entirety of her illness, she continued to work hard and lead a normal life. She concealed the severity of her pain, even when when it got to be excruciating, because she did not want my family, or anyone to worry about her.

My mom embodied so many of my characteristics of what I aspire to be. Over the years, I witnessed so many occasions where complete strangers would spend five minutes talking to her, and instantly adore her. She had a brilliant mind, and worked as a radiation therapist helping other cancer patients, even when she was struggling with it herself. Still, myself, my father and my siblings were always her first priority. I will miss turning to her for guidance, as she always had the perfect balance between compassion and logic. I will miss her singing to me the same way she did when I was 4 years old, and her unique sense of humor. In all honesty, I will even miss her yelling at me or nagging me to do something important. The void she left is one that simply cannot be filled.

I do not know how long it will take for me to be okay again, but ultimately, I owe it to my mom to try.

For those of you in a similar situation, this website specializes in acting as an outlet for teenagers/young adults dealing with grief: http://toodamnyoung.com/