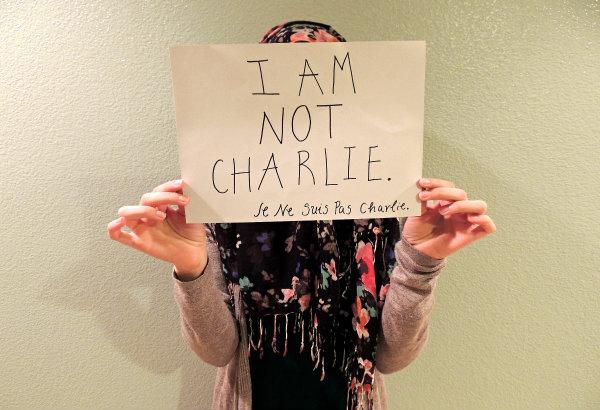 Roughly two weeks ago on Jan. 7, two masked gunmen who identified as Muslims forced their way into the offices of the Paris-based satirical magazine Charlie Hebdo, shooting and killing twelve people as a violent response to the Islam-related comics published in the magazine.

First off, I would like to fully disclose that I do not support any act of violence, and am in no way attempting to justify the shootings that took place in Paris on Jan. 7.

The events of the shooting were truly horrifying, and my heart goes out to the victims of the attack and all those who were affected by it.

With that being said, it is important to recognize that the recent movement created in response to the shooting, #JeSuisCharlie (French for ‘I Am Charlie’), has its faults. People across the globe have been standing behind Charlie Hebdo and exclaiming this phrase in the name of freedom of speech.

Nonetheless, free speech should not go without criticism. For years, Charlie Hebdo has consistently released racist, sexist, homophobic and all around offensive and oppressive comics. Their work crosses a line that goes far beyond satire.

As a journalist, I fully understand the importance of freedom of expression and am completely in favor of one’s right to express their opinions through various mediums. While I do not personally approve of the messages Charlie’s comics are conveying, I do not think that the comics should have been prevented from being published due to fear or any other reason.

However, their depictions of religious figures, as one could see by merely reading their comics, are plainly vulgar, racist and insensitive. In comparison to satirical depictions of religious figures or other controversial issues in other media forms, it seems as if the comics were created with no other intention than to provoke a reaction or uproar, rather than to make a satirical point.

Satire often takes serious issues and transforms them into a medium that will make it easier for the audience to understand and discuss. Humor can have the ability to open up topics that typically seem off-limits; it is a powerful tool for making certain issues more approachable.

Still, there is a fine line when it comes to criticizing race, sex and religion; it is easy to offend others when doing so, but many times, it is supposed to. So long as the author’s intent is carried out with a specific purpose and a solid foundation to support their opinion rather than to purely insult or degrade, there is no need for limitations. Each of us have a right to our own opinions, but it is simply a matter of exerting them.

Television shows such as “Family Guy” entertain through their satirical humor by making jokes about religion, stereotypes, politics and other topics. The satire used on “Family Guy,” for instance, can spark constructive criticism by using wit to bring the audience’s attention to a certain issue.

[vision_pullquote style=”1″ align=”center”] There is no reason for anyone to have been killed, especially over comics. However, that does not mean that Charlie Hebdo should be regarded as some kind of hero or savior of freedom of expression. [/vision_pullquote]

On the other hand, Hebdo’s comics are dehumanizing and obscene, targeting a specific religion through plain insults and crude and profane imagery. While the exact purpose behind these comics (rather than to attract attention) is unclear, Le Monde describes the magazine as “irreverent and stridently non-conformist in tone, strongly secularist, antireligious and left-wing, and publishes articles that mock far-right politics, Catholicism, Judaism, Islam, Israel, politics, culture, and various other groups as local and world news unfolds.”

As pointed out by David Brooks of the New York Times in his recent column, if published in the U.S., their comics would be immediately taken down and accused of hate speech. European publications may hold a different standard of what is and is not okay to publish; censorship varies from culture to culture, and as Americans, we should be aware of this.

Again, there is absolutely no rationalization that could be made for those who attacked the magazine. There is no reason for anyone to have been killed, especially over comics. However, that does not mean that Charlie Hebdo should be regarded as some kind of hero or savior of freedom of expression.

Additionally, using the phrase “Je Suis Charlie” does not really add up. As Brooks discussed, “most of us [Americans] don’t actually engage in the sort of deliberately offensive humor that that newspaper specializes in.” While “Je Suis Charlie” has been made out to be an outcry for freedom of speech, many of the people partaking in this movement may have little knowledge of what kind of material they are supporting and identifying themselves with.

We should acknowledge that while this shooting is intolerable, “Je Suis Charlie” should not be used as a slogan for freedom of speech and a reason for Islamophobia. (For example, the hashtag #KillAllMuslims was one of the top trends on Twitter on the day of the shooting.) Instead of supporting a movement that endorses racist and oppressive depictions, the public should inform itself of the reason behind occurrences, especially those that associate with terror.