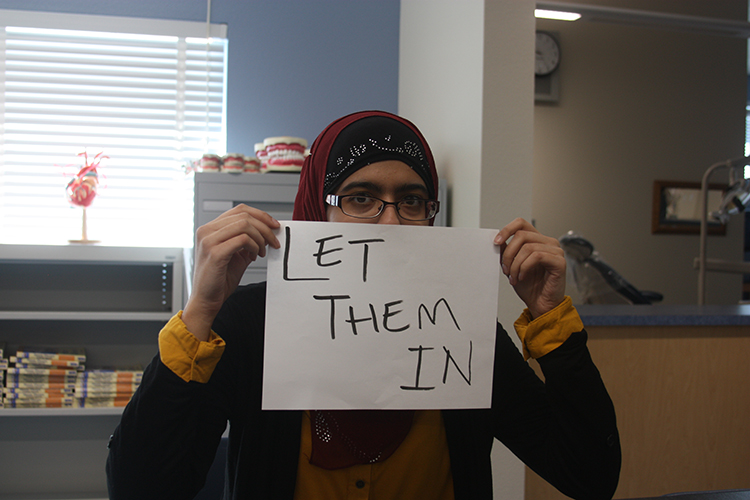 For the past three days, the most publicized news has been President Donald Trump’s executive orders, dubbed by many as the “Muslim Ban.” Contrary to what people think from just seeing the title, this order does not ban the Muslim religion in the United States. It’s an unfortunate title that people have made to invoke anger against Trump.

In short, the “Muslim Ban” suspends the United States refugee system for 120 days, prohibits Syrian refugees from entering the U.S. indefinitely and it bans immigrants from seven Muslim-majority countries. Those countries being: the aforementioned Syria, Sudan, Somalia, Iraq, Iran, Libya and Yemen. No one that follows the criteria can enter the U.S. However, there are some exceptions; it does not apply to U.S. citizens, whether they were born in the country or naturalized. This includes dual citizenship with an approved country and one of the seven banned countries.

I am not a supporter of Trump, but I am not against everything he does. However, this executive order does concern me, because it invokes more confusion than it does fear. The seven banned countries were actually listed by Barack Obama. But instead of banning them like in Trump’s executive order, these countries were just categorized as “at-risk” for terrorism. As a result of that, in 2011, the Obama Administration held visas from these countries for 6 months. However, in that case, there was an existing threat of terrorism. While with Trump, his executive order was to hypothetically stop attacks.

If this act was to crack down on terrorist attacks, then why not ban the countries that were involved in one of the most infamous acts of terrorism? The 9/11 attack consisted of people from the countries: Saudi Arabia, Egypt, the United Arab Emirates and Lebanon weren’t included with the executive order.

The protests didn’t begin from the order itself but people were outraged because some people were being held at airports. From this, 16 state attorney generals have vowed to stop this executive order, stating that it’s unconstitutional and un-American. The United States was made from immigration and the executive order contradicts what America should represent. Freedom.

Instead of separating people from the U.S., the executive order is instead bringing people together. Apart from the ridiculous “Not my president” march, this protest will have the capability of changing something. But one of the largest factors holding this protest back are the boycotts. Uber’s CEO is part of Trump’s economic advisory board and continued to provide services near JFK airport, even after taxi drivers were striking.

The executive order to ban these countries for the sake of preventing terrorism is a broken concept. The Ohio University attack had a Somalian refugee, but other than that attack, the Boston Bombing, San Bernardino attack, the Orlando nightclub shooting and the bombings in New York and New Jersey did not involve any refugees that came from the banned countries. This whole “Muslim Ban” is just another attempt at fear mongering the public. Trump, you messed up.