PRO/CON: The problem with the big bang Allowing Americans to bear arms is a constitutional right 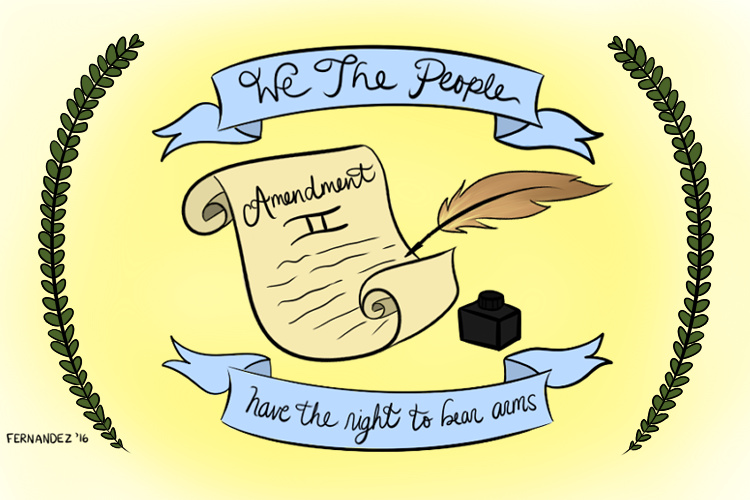 Imagine: walking down a dark alleyway after a night out and then hearing footsteps being you. Suddenly, you hear a bullet being chambered in a gun. In an instant, your life could end in a literal flash—unless you have a gun of your own.

There are numerous groups that seek to ban and tax the right to bear arms. I believe that altering the Second Amendment in any way is constitutionally unjust. Guns save 2,191 lives each day, so if firearms do get banned, it will be of no surprise if the U.S’s homicide and crime rates go up.  That is why protecting the Second Amendment is vital in keeping the average American safe from harm.

Why should Americans today fear the oppression of groups that seek to abolish American rights?

The Second Amendment was established with the Bill of Rights by the Founding Fathers in order to counteract the denial of gun rights by the British. If one was to be revoked of their right to bear arms, they’re being stripped of a constitutional freedom that revolutionaries worked intensively to grant. American civilians during that time had British oppression, why should Americans today fear the oppression of groups that seek to abolish American rights?

One of these groups is called Ol’ Buffalo’s Gun Control. A single click on their website will redirect you to their vast majority of spam emails, which hold the intent of flooding populated websites with propaganda about the dangers of carrying a firearm. There are numerous websites like these that allegedly help fight “the good fight.” But the only good fight is the one to protect the Second Amendment, along with the lives of Americans.

Another infringement of the Second Amendment is the constant taxation on ammunition and firearms. The Second Amendment states that the right to bear arms shall not be infringed, and even if there is a one cent tax on guns it still restricts someone from purchasing a firearm. The constitutional right to practice religion is not taxable—so why tax firearms when owning them is a constitutional right?

No matter what choice is made, some lives will be spared and some lives will not. But what really matters is the fact that fighting fire with fire seems to be the only logical counter to home invaders, robberies, and defenseless murder.