Brandon Hatch·
ColumnistsOdds and Evens
·May 4, 2015

Selling myself: surviving the interview process How I’ve learned to be presentable 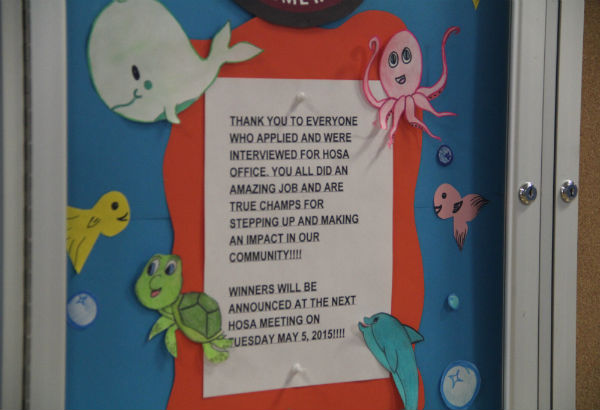 With the ever-increasing amounts of responsibility rearing themselves in and outside the classroom, qualification barriers are created to separate the esteemed from the undesired in the workplace. Breaking down these barriers can be difficult, but manageable with the correct system of logic.
Photo credit: Tyler Antonio.

It’s a common practice: people are given an opportunity to express their skills, they prepare in excess, and they go for it. However, their chances of success depend entirely on the content and presentation of their display, making it one of the most stressful conquests an aspiring professional could undertake.

I, for one, have struggled to find a methodical balance among the stress, making it rather difficult to craft a formula with which I may find the solution to interview-bred problems: “Am I dressed well enough?” “Am I qualified enough?” “Will I be able to find the right words?”

Undesirable responses to such questions tend to form in the mind, lingering on in the thoughts of their hosts–“I’m far too informal.” “I am anything but qualified.” “I don’t have much of a way with words.”–this unhealthy self-refutation labors the mind, only hurting the interviewee’s conduct, which is supposed to be impeccable.

So, what is one to do, then? I’ve found that there is a sizable amount of remedial action to be taken under the given circumstances.

[vision_pullquote style=”1″ align=””] If too much thought is devoted to minimizing the fear associated with failure, it will only grow. [/vision_pullquote]

Firstly, regardless of the reason for the interview, nerves are never of any assistance. Any efforts to numb the effects of nervousness are worth it for this reason. I’ve observed that distraction is an effective method of doing so; excruciatingly detailed practice, calming music, and deep thought can all contribute to the reduction of interview anxiety.

Conversely, focusing too much on calming down can be harmful, as well. A healthy medium must be achieved. If too much thought is devoted to minimizing the fear associated with failure, it will only grow. Furthermore, if one deposits too many undermining statements into their mindset, (meaning they ignore their possible flaws, as per superiority bias) then their yielded success is likely to falter.

Finally, preparation is key – most interviewers will probably know the difference between a person who prepared and a person who did not. Draft questions that are likely to be asked during the process, along with well thought-out responses. Practice discourse until it is effortless and until transitions between thoughts are seamless. Learn to use qualifications advantageously and make it seem as though they are outstanding.

My methods, as any others of their kind, are not concrete or universal, but they can be manipulated to always offer some form of enlightenment. I advise any and all those who may be plagued by interview anxiety to approach it intuitively, just as any valued worker of any kind should approach their hard-earned tasks.