Television and Santa Claus: Media and a fib 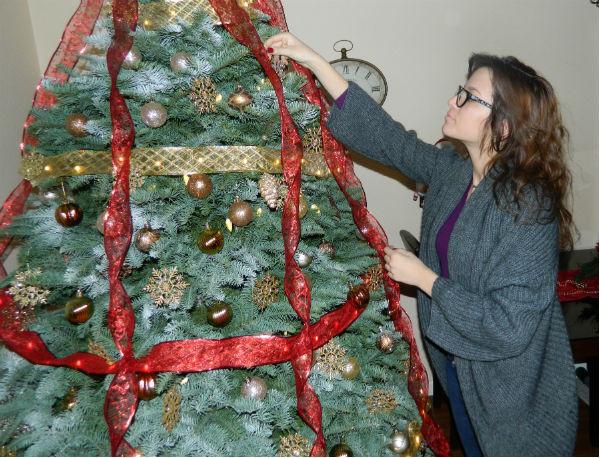 Santa Claus seems to be just as important as having and decorating your Christmas tree.
Photo Credit: Alex Nedelcu

“Does Santa Claus exist?” The four words exited my brother’s lips with a mixture of sadness and disdain. My mom’s jaw dropped, but not enough for the confused eight year-old to notice, and looked straight at me with eyes that screamed for help.

“Matthew! of course Santa exists!” I replied, much too eagerly, with a voice which sounded squeaky and nervous.

“Well, that’s not what Zack said! And last night on the Kardashians, they said there is no Santa!” Matthew declared, with tears welling up in his innocent and beady eyes. I looked straight at him with a look that guaranteed comfort.

As we continued driving to our destination and my mom tried to preoccupy the almost-crying child in the back seat, I began drifting off to distant times when I still believed a white-bearded jolly man was the one magically leaving presents under the Christmas tree.

[vision_pullquote style=”1″ align=””] But, what only added to the deception was that this white-haired, bearded man that I grew to know and love was only a fictional character created by the Coca Cola Company. [/vision_pullquote]

True, my brother is probably old enough to know that Santa is a fictional character that enhances Christmas. But, I know how sad and disappointed I felt when I found out that I had been misled my entire young life. I look at the situation now, and wonder if I am the one opposed to my brother finding out the truth.

The Santa idea itself feels comforting and has a childlike quality to it. Going to sleep in a rush and laying out cookies and milk for the jolly man to feast on is comforting. I enjoy waking up excitedly every hour of Christmas night just to check the clock. I love finally being able to walk to the tree and unwrap the mysterious presents.

Perhaps my brother is ready for the truth. Maybe I am the one who is not.