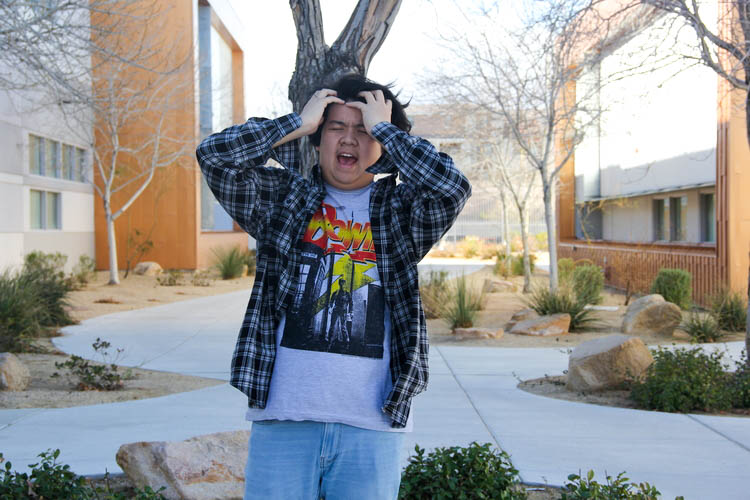 On January 10, 2016, David Bowie passed away due to pancreatic cancer. But before his death, he left “Lazarus” as his last song, along with his last message to his fans. However, his music still resonates today as being my most influential artist.  Now that it’s January 2017, I want to show how Bowie’s songs still have survived the test of time. Here are my top 5 Bowie songs.


One of Bowie’s trademark characteristics was his androgynous sense of fashion. Often blurring the line between genders when he would perform. In “Rebel Rebel,” he says things like “You’ve torn your dress, your face is a mess,” then says “You’re a juvenile success because your face is a mess,” which were in response to his friends who drew inspiration from his fashion and would often get beat up because of ‘looking queer.’ This was an anthem the LGBT community, going against people who did not accept them.

4 “The Man Who Sold the World“

People aren’t perfect, and Bowie is not a perfect man. Although he doesn’t talk about this song much, it’s clear that it’s a conversation with himself. He talks to a ‘devil,’ which is a metaphor for his former party-going self. He confronts himself and says, “I spoke into his eyes, I thought you died alone… A long, long time ago,” which buried his reputation of being a party boy. It took a lot of courage for him to expose himself, and I’m glad he did.


In this song, he sent a message in this song to those who are feeling that the entire world is set out to disappoint them. Bowie says things like, “You’re not alone” and “I’ve had my share/I’ll help you through the pain” in order to help out his depressed audiences. He lets his listeners know that he is human and has gone through issues any ordinary person has gone through. Today, this song’s legacy serves as an everlasting anthem against depression.  The words “don’t kill yourself” have never been clearer to me than when Bowie sang them.

Though many people believe that this song was written just because of “2001: A Space Odyssey,” people forget that most of his songs have double meanings. In this song, he’s Major Tom, an astronaut who has lost contact with mission control and is hopelessly drifting in space. “Planet Earth is blue/And there’s nothing I can do” is used both figuratively and in the literal sense. He’s realized that the world is a sad place and there’s nothing else he can do to save it. The song is a metaphor for the end of the world, which is a possibility if the world doesn’t change.


Bowie parodied the fact that he was a part of mainstream media by writing a song about how the media itself is brainwashing the population. “The workers have struck for fame/’cause Lennon’s on sale again,” which is a dual meaning of John Lennon and Vladimir Lenin. Both being popular and having multiple followers, although Lennon is a singer whereas Lenin is the founder of Communist Russia. Bowie looks down on the media itself because of it’s effect on the population and how people still use it as a way of escapism. [poller_master poll_id=”112″ extra_class=””]