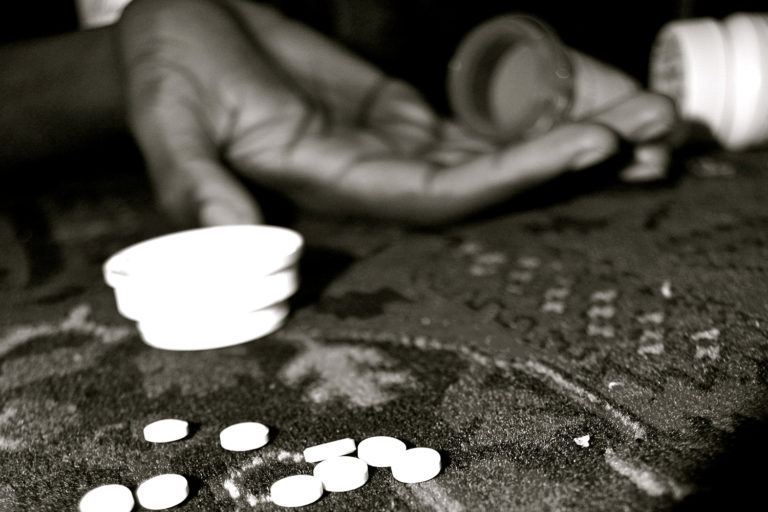 Opioid abuse is still an epidemic, and it's even worse in Nevada. I wouldn't want to be just another statistic, so avoiding the use of opioids will do the state justice. Photo credit: Sam Metsfan

I can remember it as if it was yesterday. The house across my street had all their family members sitting on the curb with the parents with their hands bound by handcuffs. The policemen came into the house with two dogs, each sniffing something out. I wasn’t sure what they were looking for, but I know for sure it was about drugs.

One of the most abused drugs in Las Vegas are opioids. Unfortunately, because not all opioids are illegal, tracking abuse is a challenge. For example, Percocet, codeine and prescribed Tylenol are commonly used for pain and fevers but are commonly abused. So far, to combat opioid abuse, the federal government is focusing on preventing overdoses through rehabilitation programs.

However, Governor Brian Sandoval is utilizing his Opioid State Action Accountability Task Force to track down on the abuse of prescription drugs. But so far, almost nothing is being done to prevent future opioid abusers. The National Governor’s Association plans to focus on educating the youth, providing first responder training and improving treatment. Although educating young Nevadans is a step in the right direction, the government should pool their efforts to the source of the issue—illegal drug use.

Although rehabilitation for opioid addiction is important, that doesn’t mean that it’s the number one priority. Creating an on-foot task force should take care of the illegal drug trade, meanwhile, background checks for prescriptions should stop the legal abuse of drugs. By cutting off the main supply of opioids, there would be more of an incentive to get help for addiction.

Since most of my audience is teenagers, some of you might be getting bored out of your minds thinking, “Why should I care?” The opioid crisis involves cough syrup, which is a key ingredient in ‘lean,’ which is also known as ‘sizzurp’ and ‘purple drank.’ Ever since its discovery during the 1990s, the drink has surged in popularity among teenagers because of its hip-hop influence. However, ‘lean’ has led to the deaths of hip-hop icons like A$AP Yams, the founder of the rap collective A$AP Mob—along with the thousands of others every year, including teenagers.

In fact, abuse of prescription drugs is highest among young adults and adolescents and most of these teens mix them with other substances such as alcohol. In 2015, over a quarter of teenagers used opioids and half of them were addicted. Seeing a large chunk of Nevada teens end up on headstones isn’t something I hope for my state.

The opioid crisis goes deeper than just an issue of drugs. It’s affecting the Las Vegas youth because they might contribute to the 33,000 deaths a year due to overdose. By changing the focus of the task force to crack down on future opioid abusers, this will ensure that Nevada does not become a cesspool of drug abuse.