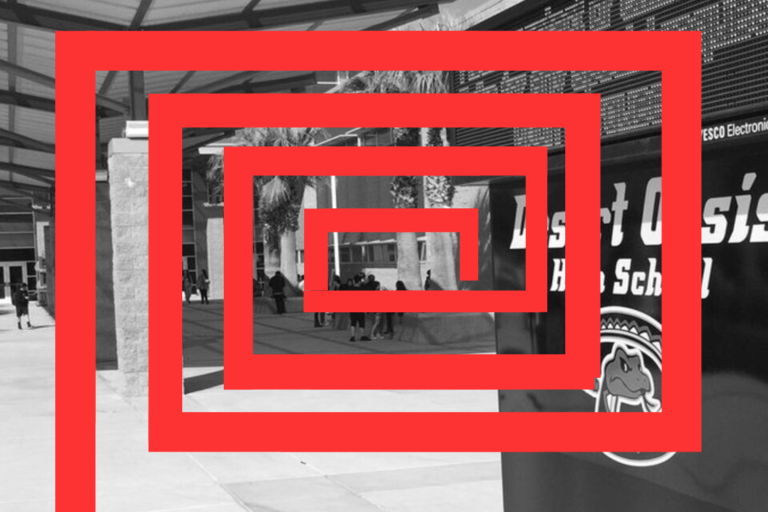 A string of incidents at Desert Oasis has worried both parents and students about the potential threats that many students face. Art Credit: Ahmed Ahmed

A recent firearm-caused lockdown at Desert Oasis high school has ignited a political storm in the valley. Though the incident ended with the student getting arrested for carrying a gun on campus, the debate about school safety rages on, with two students getting shot by officers during a police chase at Western high school. The issue even captured the attention of the school board, with Superintendent Jesus Jara trying to temper fears. With the drama appearing to reach a fever-pitch, one question remains in the minds of parents and educators alike: Are our students safe?

To make certain that the answer to that question is “yes,” lawmakers should focus on implementing evidence-based policies to reduce misbehavior. For one, that means recognizing the root psychological conflicts that cause many violent incidents. Experts have warned for the past two years of the adverse effects the pandemic may have on children, and those adverse effects have come out on full display in the past few weeks. The combined toll of a year of social isolation, along with the litany of familial and health issues many students have been forced to face, has created a recipe for disaster.

Addressing this problem means recognizing the crucial role that licensed psychiatrists have in reducing school violence incidents. One study found that increasing access to mental health facilities significantly reduces crime. Ensuring that high-risk students have easy access to mental health professionals means that the turmoil within many of those struggling is less likely to turn violent. This is an especially important issue in CCSD, with the entire district having a meager 159 school psychologists.

Though outreach programs for these students are integral for solving the problem, preventative measures are not sufficient to ensure safe schools. The fact of the matter is that as long as people on school grounds don’t fear arrest, criminal behavior will become expected rather than an aberration. One of the most famous videos of the past few months from CCSD is one of a Las Vegas high school girl savagely beating a female classmate, entirely unconcerned that she may be caught. Just as Jesus Jara hinted at in his press conference, the return of genuine consequences for student misconduct is critical.

This gets to one of the most important questions regarding the issue: Why do students have so many opportunities to engage in this kind of behavior? If the LVHS example is at all indicative, then the answer is that there simply isn’t a fear of punishment or even detainment. Potential victims should be safe in the knowledge that there are eyes watching if any perpetrator wants to enact violence.

On average, there’s a life saved every additional 10-17 police officers hired. A visible police presence is an effective deterrent to the continual threat of student violence. The evidence even shows that hiring police officers  specifically in schools makes fighting crime easier. Though ther’s a

Given how tense so many debates around school violence can get, an impartial analysis of the best and most effective methods of guaranteeing safety is critical. Policies like increasing mental health funding and expanding police presence would be an important step in the right direction for answering the beginning question. Any parent asking “Are our students safe” should be met with a resounding “Yes.”