Four years, forever grateful The last article from yours truly 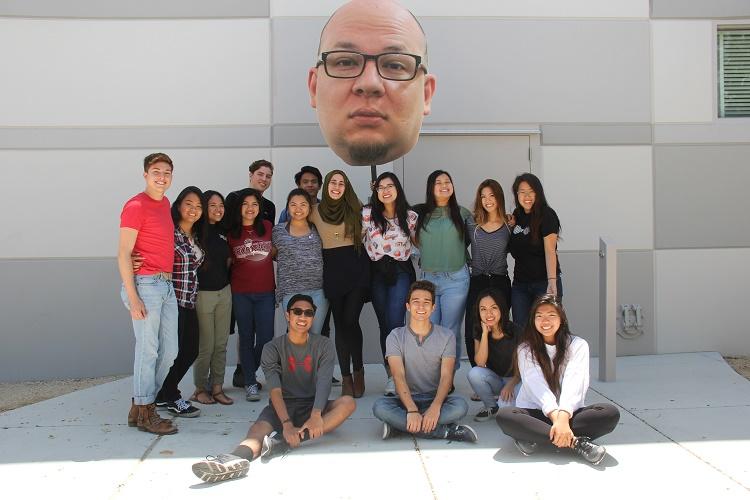 My first year of Journalism II was one of the hardest times of my life. However, it lead me to become the columnist I am today. Photo credit: The Southwest Shadow Staff

Prior to high school, I always thought I was a skilled writer. I won Ms. Cathy Sabol’s student of the year award in middle school and I’ve always gotten an A in English. That all changed when the Southwest Shadow’s adviser, Mr. Matthew LaPorte criticized the life out of my first article draft.

I could probably name the headline and what I wrote about in my first draft if I wasn’t so traumatized that I deleted any history related to it. This was my first taste of constructive criticism and would soon become the toughest class I have ever been enrolled in. I, of course, took it as a personal challenge.

After I passed Journalism Foundations and went on forward to become a columnist during my sophomore year, my life changed. No seriously, journalism was my number one priority. Through the motivation of the Class of 2016 staff and my desire to become a better writer, I managed to churn out article after article, followed by award after award.

Don’t get me wrong, I did want to quit the Southwest Shadow on multiple occasions, two times, in fact. Complications with my home life collided with my writing and I felt like it was all over for me. Even when I gave up on myself, one person never did, Summer Thomad, my column partner. “You’re not gonna give up on the Southwest Shadow, you’re gonna be the only veteran columnist next year and I’m not going to let you quit.”

I would soon realize that my struggles during my sophomore year wouldn’t even come close to how frustrating junior year was. With all the seniors gone, the only two people left were Althea Gevero and Alexis Drevetski. The amount of advice and help these two gave me are too much to count. I would rather give up my Rick Owens than to let them down.

The impact these people had on me resonated throughout my entire journalism career and lead to me realizing how better my life was with my articles. Prior to columns, I was never comfortable with sharing my mind and letting hundreds of people know what’s going on in my head. But writing became an outlet for me to release pent up emotions and cope with my life. That’s why I stuck around until graduation.

This class not only helped me find who I was, but it taught me how far perseverance can get you. Not to butter my own biscuit or anything, but I can safely say that I’m living my best life as of now. With graduation only two weeks away, I wouldn’t trade these four years for anything else.

Thank you, LaPorte, for leading me down the path to the person I am now. Thank you, Summer, for not giving up on me. And thank you, Althea and Alexis, for being the best moms I never asked for.