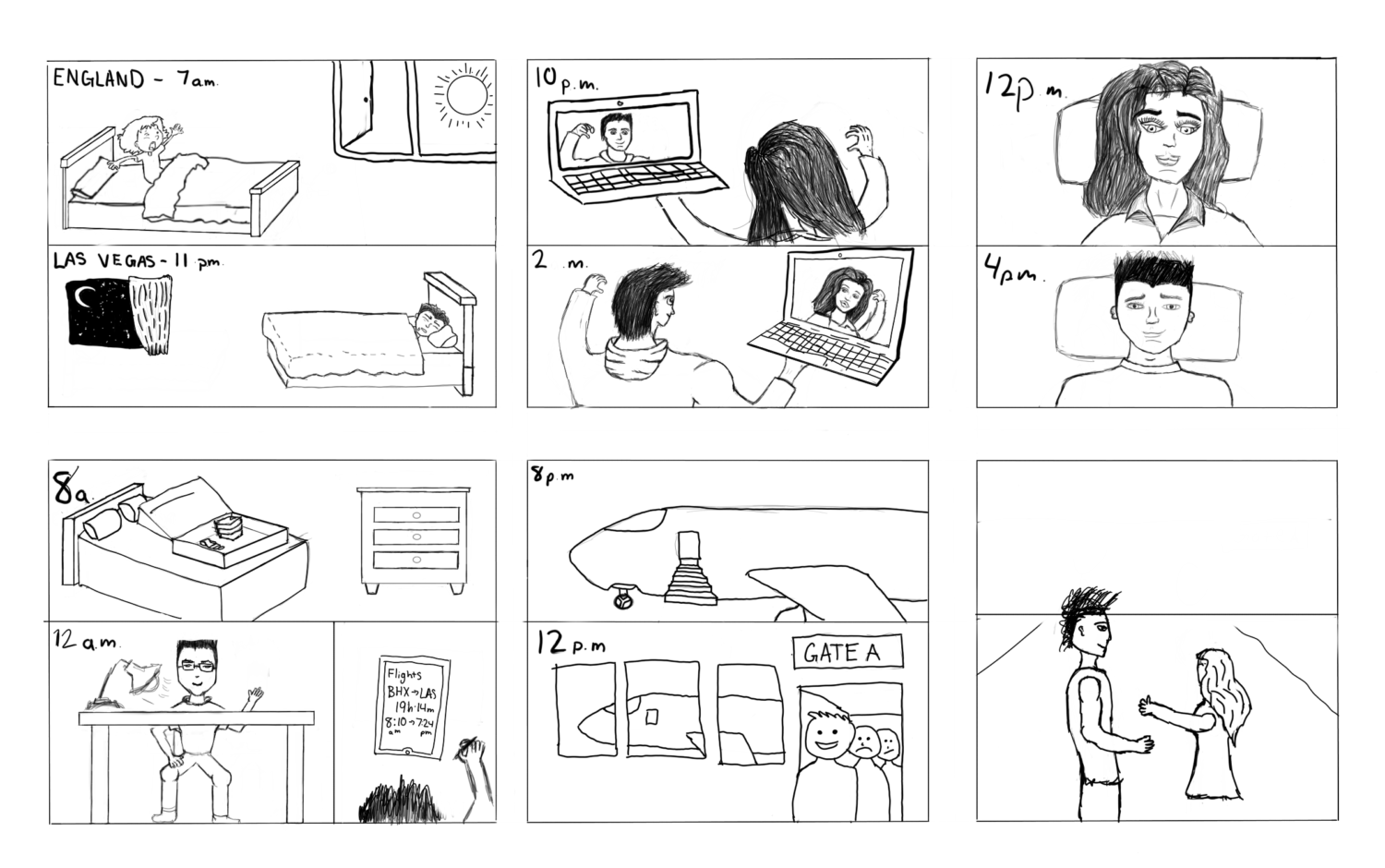 Love in the time of social media

It is 2018 and the world of communication has developed beyond what was available 10 years ago. From landlines, to flip phones, to today’s smartphones, technological advances have made communicating almost effortless.

With apps like Twitter, Instagram and Snapchat now readily available at our fingertips, meeting new people has never been easier. Clicking on the “follow” button, double tapping a photo to “like” it or sliding into someone’s DMs are different ways that individuals form new friendships or possibly find the love of their life.

In fact, 47 percent of teenagers have expressed their attraction by liking, commenting or otherwise interacting with a person on social media. Instead of speed dating events or interacting with others in real life, people now can search for a significant other from the comfort of their own phone due, to the availability of social media and dating websites.

But while, dating apps may seem like an opportunity to meet your soulmate, technological advancements have enable people to “cat-fish” others, which means for an individual to impersonate someone they are not. However, there are some occasions where individuals can meet the love of their life through social media or a dating website–it just takes a dash of courage and a risky tap on the “follow” button.

Friendships can start in the most unexpected times–especially while browsing the internet. For junior Jennifer Shelley, finding a best friend was as easy as a double tap on an image.

“On Instagram, it’s pretty easy for me to make friends because I can just like a picture posted by someone and they’ll be interested in learning about who I am and will direct message me,” Shelley said.

Having a multitude of successful online friendships, junior Jennifer Shelley uses apps like Instagram to meet new people. Shelley trusts online friendships because they have often worked out for her, but she is constantly aware that the person she is talking to may not be who they truly are.

“I know that there are and will always be crazy people who make fake accounts for whatever their reason may be, but because I’ve had many positive outcomes with making friends online, I tend to believe that the people I meet are truly who they say they are,” Shelley said.

"I think the saddest thing about having online friendships
is the distance between my friend and I."

Shelley developed a friendship that was unexpected through late-night Skype calls and message swapping. Six years ago, she was scrolling through Instagram and decided to follow and message a girl she saw on the explore page. With her luck, Shelley became one of her best friends.

“I met one of my best friends, Emily, through Instagram,” Shelley said. “It was a little crazy because we just kept liking each other’s posts until I decided to [direct message] her. We talked for a good while and I found out that [Emily and I] went to the same elementary school but at different times because she’s older than I am.”

A couple of summers ago, Emily and Shelley spent months talking any way they could. Since Shelley is still in high school and her friend is in college, communicating is becoming more difficult; however, the two always find ways back to one another.

“The saddest thing about having online friendships is the distance between Emily and I,” Shelley said. “If I make new friends online, I always try to find people that actually live in my area so that we can maybe meet up one day.”

From Shelly’s experience, online friendships require even more work. For example, online relationships can lead to one person putting in way more effort than the other. Shelley also discovered that school and work can become an obstacle.

“Whether you’re using social media just to make new friends or you’re looking for a relationship, there are no consequences,” Shelley said. “Online, you can really say whatever you want. This allows people to be as flirty or wild as they want and if they don’t like you or you don’t like the other person, you can easily drop them.”

Anxiously swinging his legs back and forth, sitting on a bench, junior Dominic Lepore is expecting his date to show up that he met through Instagram. He paces back and forth, waiting for his date to arrive. He messages her and asks her if she is still coming to the mall and to his surprise, she says “yes.”

One hour goes by.

Impatiently fidgeting, his hands start sweating, the clock is ticking and his date is nowhere to be found. Standing up from the bench, Lepore looks around the people passing by, trying to find the familiar face he knew online.

Meeting an online love interest in person for the first time can be intimidating and scary. In real life, people experience anxiety. Some individuals may not know what to say or how to act when they meet people for the first time.

Lepore’s catfish story started when he met who he through was a 17-year old girl on Instagram. After learning that she moved from Virginia, he offered to show her around Town Square.

“I was looking for someone at the time so I was down to go on a date with her at one of my favorite places to hang out with my friends,” Lepore said. “It seemed like a good place for a first date or hang out because there are so many things to do [at Town Square.] I thought it would be a nice gesture to get to know her more and see if she truly felt the same way about me.”

"I decided to bring my friends along with me because I wanted to be safe just in case the girl wasn't who she said she was."

Although the availability of social media is at the tip of our fingers, using it as an online dating resource can be risky. With over 500 million users on Instagram, anyone can steal someone else’s identity. Unlike meeting someone in person, the screen allows an individual to pretend to be whoever they wish which is what Lepore wistfully encountered.

Lepore waited with his friends at Town Square for hours. Then he received a direct message from his date. She told him she was at Town Square, but her mother picked her up before she was able to meet him. At this point, he knew something was up.

“I brought a couple of my friends because [the girl I met online] could’ve been someone else like a guy trying to fight me or kill me, I didn’t know what to expect,” Lepore said.

The internet allows people to be anyone they would like to be. Some people decide to pose as people that they aren’t which can cause numerous problems in the future such as having trust issues.

"I need to make sure that the person I'm talking to online is real so I don't get cat-fished again."

Later in the week, Lepore messaged the girl back and figured out that all the photos she was posting were of a teen YouTuber with 14 thousand subscribers. She told him she was just messing around with him and actually attends a school here in Las Vegas.

“I was never able to meet the actual girl who was behind the fake account, but I wish I did just so I could talk to her and see why she wanted to mess with me,” Lepore said.

Although it seems unlikely to become a victim of “catfishing,” many people who date online feel suspicious of the people they talk to. 54% of online daters believe that someone else has presented false information in their profile, and 28% have been contacted in a way that left them feeling harassed or uncomfortable.

“I would use Instagram or another social media app to try and spark up a relationship with someone, but I just need to be more aware of who I’m messaging online,” Lepore said. “I need to make sure that the person I’m talking to online is real so I don’t get cat-fished again. At least I was able to learn from my mistakes.”

“I learned from my cat-fish encounter that I shouldn’t put too much trust in believing the person on an [Instagram] account is the person who’s actually running it,” Lepore said. “From now on, I’ll keep an open mind so I don’t go through the same situation as before. If I do meet someone on Instagram or on some other app, I’ll make sure to really get to know that person before trying to meet up with them in real life.”

In regards to believing what is real or fake, Penrod considers trusting your own instincts. If a situation seems too good to be true, then there is a chance that it probably isn’t true.