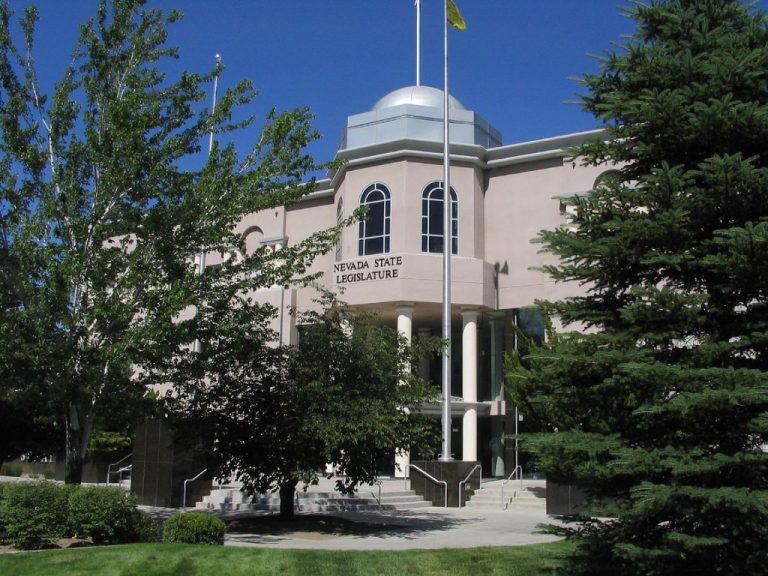 The Nevada Legislature voted to cut funding in for schools in July. Photo Credit: Ken Lund

With the coronavirus pandemic forcing businesses in the state to close down, Nevada has seen sharp reductions in tax receipts. The decreased amount of money going to the state led lawmakers to reduce funds going to particular educational programs in July. These included a $4.5 million reduction in reimbursing teachers who pay for school supplies, and $588,000 for Jobs for America’s Graduates, a jobs training program.

“I think the legislature almost didn’t have a choice because there was so much loss in revenue from gambling. The majority of our taxes come in from gaming, and that’s where school taxes get paid, but the casinos were closed, so we lost a lot of revenue,” Principal Donna Levy said. “We’ve been losing ground for a long time and that’s the bad thing. They’ve been cutting and cutting and cutting, and it gets hard and harder to run a school on less money and less money and less money.”

The cuts in funding from Carson City came just a year after CCSD’s controversial set of decisions to accommodate for a large budget deficit. This included the cutting of $98 per student. The school is set to see per pupil funding reductions in supply funds, licensed teacher salaries, and other areas.

The cut likeliest to affect the school is the elimination of reimbursements for teachers purchasing supplies. The established program had helped teachers afford school-related materials, such as markers and pencils.

“Funding cuts are an experience that CCSD teachers are, sadly, used to,” COM 101 teacher and Speech and Debate coach Henry Castillo said. “Rather than unilaterally cutting funding for supplies, I would have greater teacher involvement on how that money could be used for virtual or online software ‘supplies.’”

Whether schools are in store for future spending cuts is dependent on how deep and long this recession will last.

“I wouldn’t be worried, because as long as I am at the helm of this school, I am going to make sure that students are going to get everything they need to succeed. We have had lean years in the past where we’ve not been able to buy anything extra, but we made it through and hopefully no one really noticed too much,” Levy said. “It’s not Winston Churchill, but we’re going to make it through this.”