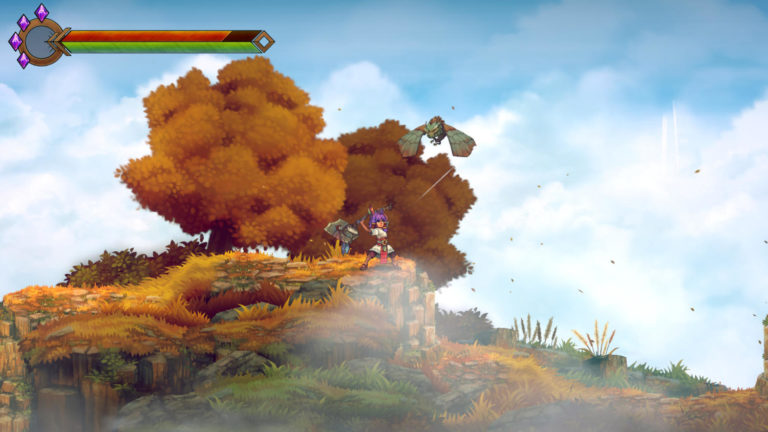 “Itorah” is a good introduction to Metroidvania games with great art and an interesting story, but with confusing at best controls, gameplay is difficult and a chore rather than being fun.
Rating: B
Photo Courtesy of Grimbart Tales

In a fight to save humanity, with nothing but the help of her talking axe, “Itorah” developed by Grimbart Tales, follows in the footsteps of other Metroidvania games that started on Steam like “Hollow Knight,” “Dead Cells” and “Ori and the Will of the Wisps,” with similar combat and gameplay features done mediocrely.

In “Itorah,” players start as a little girl who wakes up to find out that she is the only human left on the planet. While there are other sentient beings around, many are out to kill her while the rest are being threatened by a new plague. In order to save what is left of humanity, she sets out with her talking axe in search of other survivors and a cure for the disease.

The art is the most notable component of “Itorah.” The backgrounds and environments are stunning, they have vibrant colors and many individual interesting components. There are many different biomes that are all unique and gorgeous in their own way with distinctive enemies and color palates for each. The only downside to the detail of the art is that the enemies often blended into the background and were easy to miss hindering the gameplay.

Unfortunately, “Itorah’s” storyline starts out interesting, but as the game goes on, there is little development. The plot is linear so there isn’t much room for exploration or discovery – it just leads the player around which left me without a sense of accomplishment that other similar games like “Ori and the Will of the Wisps” create.

In addition, the positive elements of the game are heavily dampened by the way the game handles. For example, the controls when using a keyboard are complicated and difficult to use. Trying to run, jump, and fight enemies is extremely difficult because the controls are all over the place and suffer from continuous lag. After I connected a controller to my computer, it was significantly easier, but the controls still lagged and some functions, like going down through a platform, didn’t work.

Compared to similar games on Steam, “Itorah” does not hold up. Despite being inspired by “Hollow Knight” it is unable to beat any of its features. It is choppier than similarly priced Metroidvania games and although its art is up to par with other Steam games that have been added to larger consoles, the controls drag the games quality down.

I would recommend this game if it were your introduction to Metroidvania games but even then “Hollow Knight” has better controls, is on all major consoles and Steam, and is cheaper.