Club Preview: A look into the week of Jan. 14 Drama, K Pop, Speech and Debate 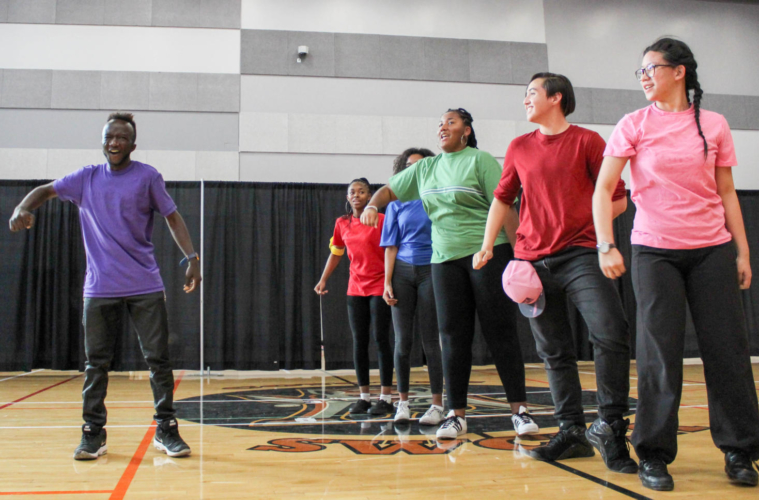 In order to prepare for the upcoming Lip Sync Battle, Drama Club has decided on their performance theme, “A Blast From The Past.”

As the returning champions, Cain wants to makes sure to have consistent practice dates and maintain a clean routine.

“We just started learning the routine on Jan. 7,” Cain said. “If anyone wants to join Drama Club, they can join anytime, but if they want to join the Lipsync Battle, they have to join by our next meeting.”

After acting as the adviser for the last year, Ms. Denise Snow has stepped down from her position due to other obligations.

“Since Studio K has so many performances to do this year, every practice day counts,” senior Shareen Basyari said.

“I’m really glad Mr. Brewer is willing to co-advise the club because the D building has a lot of space and his hours fit ours,” Basyari said. “I have no doubts that he will be a good adviser. It may take a while to adapt, so we’ll try not to overwhelm him too much in the beginning.”

Speech and Debate, E132, Every first and third Thursday at 2p.m.

Speech and Debate is preparing for an upcoming tournament on Friday, Jan. 25. The tournament will take place at Palo Verde High School.

“To prepare for the tournaments, we write out our debates or our speeches, then we just practice over and over,” junior Asia Sanchez said. “People specialize in different things, so we mostly work in small groups or in pairs.”

With past winners on the team, they hope to represent the school in a positive way by bringing back more awards.

“In the last tournament I went to, I was a quarter finalist and I got a medal in Public Forum,” Sanchez said. “By this time of the year, everyone is usually more comfortable and prepared since we’ve been practicing for half of a school year now. I think we will do well in the upcoming tournament and I hope that our school can pull out a win.”