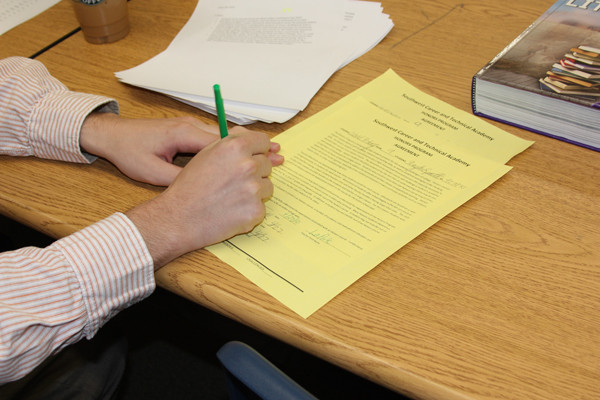 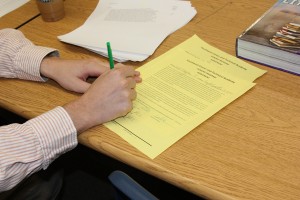 Course registration for the next academic school year began on April 14, 2010. Freshmen and sophomores were provided either a blue or green registration forms to be filled out by their teacher, signed by a parent, and returned for registration.

Teachers recommended the courses they thought the student should be placed in for the next year based on their achievements this year.

Students that choose not to return to Southwest Career and Technical Academy next year still need to fill out the paperwork.

“They should fill it out so we know which electives they would have chosen and to see the teacher’s recommendation so it could be passed on to the other school,” said Recruitment Counselor Dr. Lilly Sifuentes.

Students that are not satisfied with the classes that their teachers recommend can challenge the course. By challenging the course, students could possibly get put into the class that they wanted.

“They could challenge the course with a parent/teacher conference and an administration’s approval,” added Sifuentes.

Once a student is placed in a class, it is with the agreed understanding that they have to complete the entire year of that class. Students are not allowed to drop out of the class once it has come to an agreement.

The registration form also gave students a list of electives that they could choose. Students were to list the top four electives, one being the most wanted and four being the least wanted, that they would want to have next year.

Elective classes are then scheduled dependent on the student’s overall schedule. If the students’ first choice is filled, then they will be placed into their second choice.