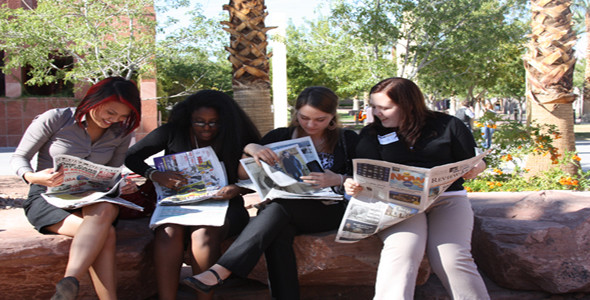 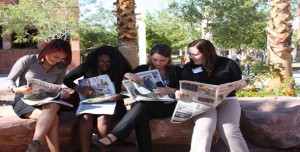 “At first, I thought the workshops would be long and boring. To my surprise, I learned so much and thought it was beneficial for not only journalism, but wherever I may go in life,” comments Bserat Ghebremicael, junior.

The workshop consisted of classes such as: Shooting Awesome Photos, Opinion Writing That Persuades, and Making Money on Advertising.

“The workshops were awesome because they were all different. The different teachers all brought something to the table and they all helped me think about how to become a better writer,” says Angelina Marcee, sophomore.

While the students were in their last class for the day, advisers were also in a class where they discussed things they liked and disliked about this year’s workshop.  Many teachers also made suggestions on how the workshop can change for next year.

The Southwest Shadow staff will now be using these learned materials to prepare for the Review-Journal Awards and Luncheon, which is held at the end of the school year.