OP-ED: Slow it on down, Xi China’s ambitions are excessive for the current age 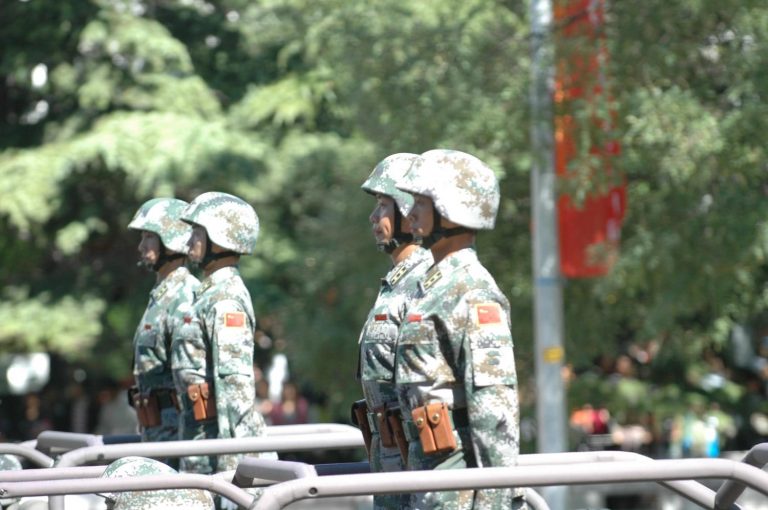 With tensions in East Asia increasing, China is further mobilizing its forces. With expenditures including a massive purchase of body armor, new armored vehicles and missile development, China seems to want to gear up quickly. Photo Credit: Phillip McMaster

It’s no secret that the People’s Republic of China has had a long-lived standing rivalry with the Republic of China, otherwise known as Taiwan. The PRC believes that the ROC ceased to be a legitimate government and that the PRC should be the sole legitimate government of China, with the right to rule Taiwan. However, China’s ambitions extend significantly further than just Taiwan. The imperial ambitions of one of the United States’ greatest rivals should be of concern to everyone. 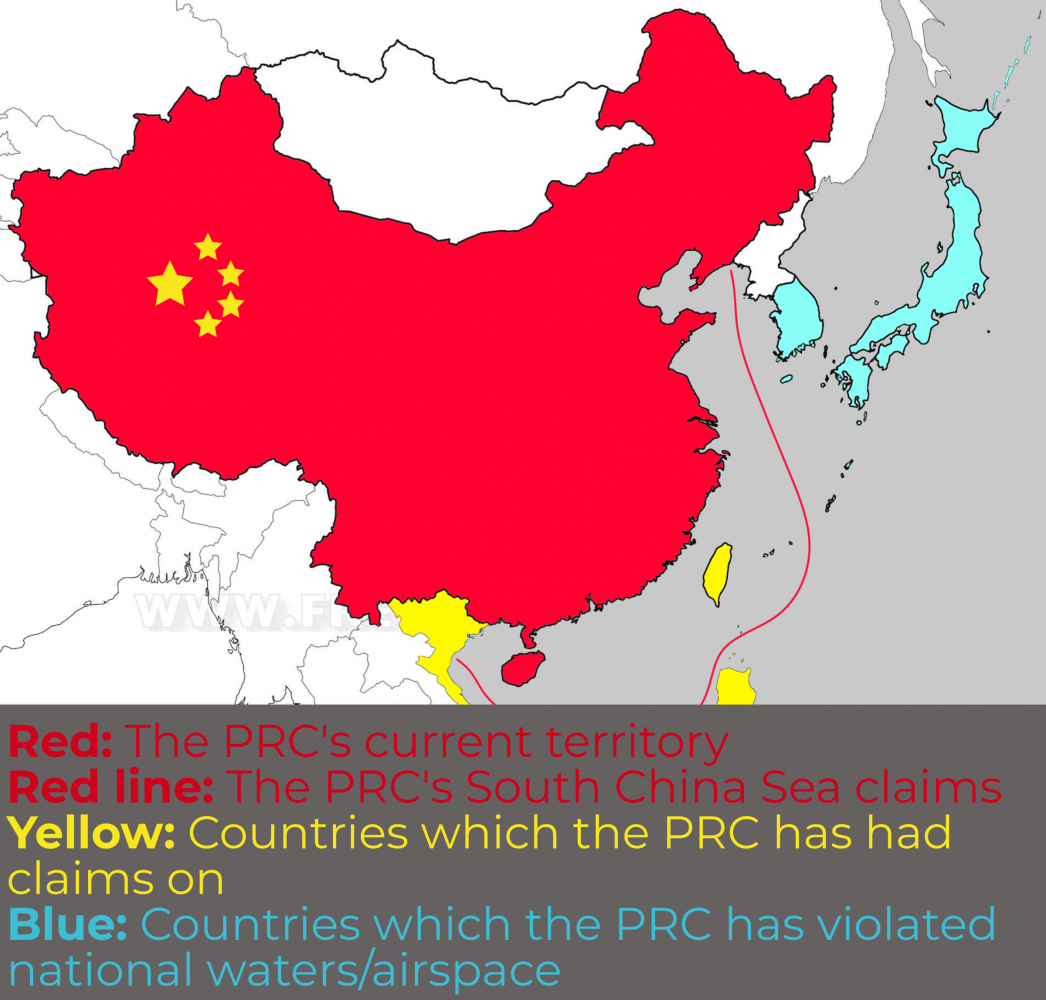 Xi Jinping, general secretary of the PRC, has recently told troops near the border of India to prepare themselves for war. This followed just weeks after both Chinese and Indian troops had a bloody, unarmed skirmish at Galwan Valley, where both countries blamed each other for the hostilities. These conflicts have been part of an ongoing standoff between India and China, with multiple incidents occurring between the two countries within the past years. While it’s unclear as to what exactly the PRC desires from India, a full blown conventional, non-nuclear, war of some sort is becoming increasingly likely.

As for why a full blown war between China and India matters, it could be disastrous on a global scale. Both countries have some of the largest and well-equipped militaries in the world, in addition to access to nuclear weapons, which could lead to the planet’s first nuclear war. Due to the population density of India, massive civilian casualties can be expected, and with both countries shifting their economies to fight a war, international trade would likely be hurt. Both the air over India and the waters around it are likely to turn unsafe for any neutral parties, which further serves to hurt the ability for trade to occur. These factors combine to make an impact which would be felt across the world.

However, Chinese territorial ambitions don’t end there. The PRC has constructed multiple artificial islands, turning some into fortified airbases and military installations. These islands, technically being landmass of China, extend Chinese territorial waters wherever they are built, on top of being potential sites for military weapons which conclude to be a huge benefit to the PRC when modern missile systems can have ranges in the hundreds of miles. These islands and their construction have been challenged by the US Navy in the past, and even today, the USN has repeatedly sailed through what the PRC says is “territorial waters.”

In regards to territorial ambitions, it is clear that China is interested in expanding its borders at some point. While it is true that many countries have been guilty of invading others for land in the past, in this day and age it’s increasingly uncommon for developed countries to act on their ambitions, with the main exception of the Middle East. This is arguably a good thing, as a lack of large scale wars are means for potential progress towards an ideal world-peace. While China has indeed so far invaded other countries significantly less compared to most nations of its size, it is evident that China seems to be moving away from its relative peace. This should be acted on to some extent by the international community, whether it be sanctions, official compromises, or any other political actions.

NATO countries in the region should seriously prepare for a potential war to some extent with the PRC. As it stands, there is no official confirmation that Japan or South Korea would come to the US’ aid in a war against China, nor a confirmation from the US that states they would help the ROC against the PRC. Additionally, military training for a style of conflict similar to island hopping from WWII needs to be ramped up to ensure preparedness for a war.

The PRC’s military is generally professional and well equipped, making them a serious threat to the region. While the PRC’s military budget is multiple times lower than the US’, their actual effective purchasing power is nearly as great due to their procurement processes being more controlled by the government as opposed to the US freely contracting mostly everything. Technologically, China is equivalent or even surpasses the US in some areas, but seems to be lacking in certain areas such as air defense.

Regardless, the People’s Liberation Army and its auxiliary forces should be taken seriously and prepared against. Due to the sheer distance from the US, it’s difficult logistically for US forces to act in the region in comparison to the PRC’s. China has exploited this fact, having frequently violated territorial waters and airspace of Japan, the ROC and South Korea, all of which have close ties to the US.

The US has already acknowledged a possible war with China, with military exercises such as Red Flag seemingly representing Chinese forces as the opposition. The Marines are looking to ditch their heavy equipment, including the almost iconic M1 Abrams series of tanks. It’s incredibly likely that the reason for this is in an attempt to better prepare the Marines to redeploy and strike rapidly on islands in the South China Sea. China seeks to prevent an increase in military capability of its neighbors, in one example claiming that Japan’s helicopter carrier was a step towards another imperialization of Japan.

The Chinese military and government is far from scared in regards to acting on their own terms, and the US change in military doctrine shows that this is well recognized. This is absolutely the correct course of action, and should be followed by other countries in the region to varying extents. The dissolvement of Japan’s military being required to be a self defense force, further advanced weapon deals with South Korea and the ROC and further joint exercises between militaries would do well into strong arming China to not militarily acting on their ambitions.

With everything said and done, it’s mainly important to consider future options. Preventing China from acting on its ambitions in a way that hopefully satisfies every party is ideal, but likely impossible, especially in the case of Taiwan. Being prepared to attempt a compromise while having a military and political backup plan is essential to containing China’s potential destabilization of the political sphere of East Asia, and consequently, the world.