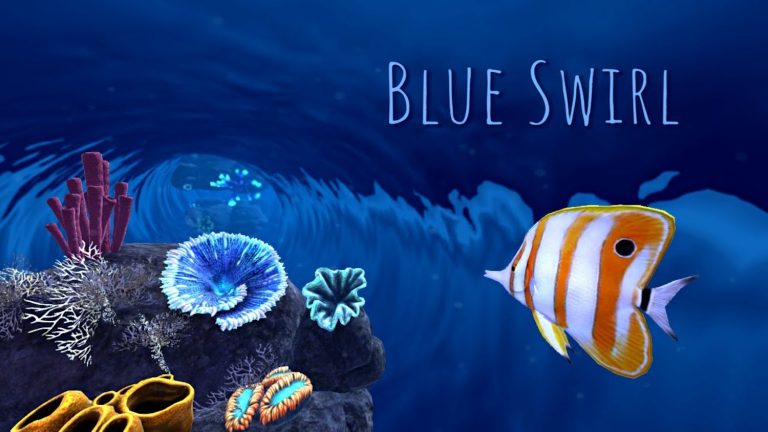 Blue Swirl is a unique take on the runner genre games. Your abilities test you as you go through many ocean obstacles and the deeper you go the harder it’ll get for you to pass the level. You’ll have constant surprises throughout this generated underwater world.
Rating: A Photo Courtesy of Ricardo Medona

Smooth performance, interesting challenges and beautiful graphics are only a few of the shining elements of Ricardo Medona’s new game, Blue Swirl. For anyone who’s been a fan of the runner genre games, this is the perfect game to try out and enjoy a refreshing endless swim.

To start, the object of the game is simple: complete stages by avoiding all of the obstacles throughout the stage. If obstacles are hit, such as corals, bigger fish, sharks, rocks, etc., players lose a life and have to restart the level. Completing these stages is not difficult, as the instructions are clear and the controls are easy to master. In no time, players should be able to pass levels efficiently and start upgrading the skins to enhance their fish.

Besides avoiding the objects in the way, individuals can also collect power-ups and gems. The power-ups collected can be anywhere from magnets which automatically gives the player coins, and shields that protect the player from the obstacles in the way. As users complete quests, they can claim coins that help them buy skins. The skins are a great aspect of the game because players are able to change out the look of the fish they are using to play. Some of the categories include common, uncommon and rare fish.

As the game progresses, repetitive relaxing music is thrown in the background, giving a calming feeling and so when playing, it feels peaceful. Blue Swirl has no ads at all which is always a bonus for anyone playing games. Even if users die or want extra power-ups, they are not forced to watch ads. Players also have the option to watch short videos to gain power-ups, but again, it’s optional.

When it comes to the obstacles, the number of them does get a little frustrating because it can be hard to win a level when you continuously die. If there were fewer objects in the way, then it would probably enhance the experience even more but it wasn’t a huge setback overall.

Blue Swirl isn’t a complicated game to figure out by any means and that was one of the things that was most enjoyable while playing. In fact, the game fulfills all of the best parts of wanting to play a game and hopefully, in the future, there will be more to see and come for this game.