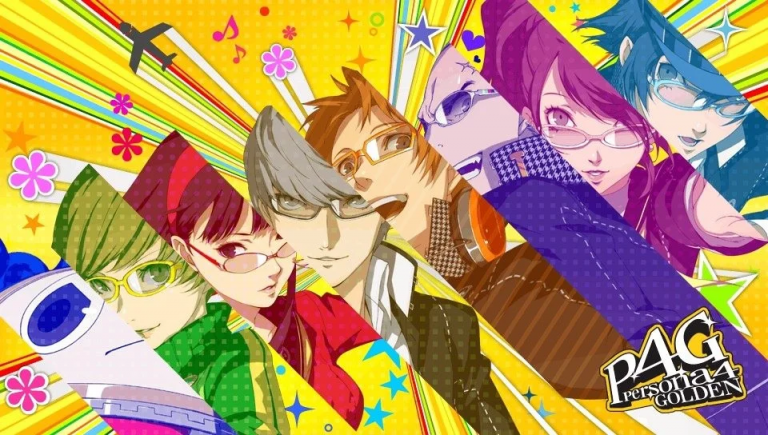 After only being available on PS Vita and regarded as a distant relic of the “Persona” series for years, “Persona 4 Golden” has made a comeback on Steam. Popular characters, a thrilling storyline, and upgraded graphics are returning in this fan-favorite.
Rating: B Photo Credit: Atlus

After begging and pleading by “Persona” fans, Atlus has revived “Persona 4 Golden,” a Japanese role-playing game, by porting it to Steam. In the game, one must discover the culprit behind a series of murders that are tied to the midnight channel, a TV screening that is only available on rainy nights when the clock strikes 12. Anyone that appears on the channel is the killer’s next target.

“Persona 4 Golden” takes a different approach when it comes to key plot components. For instance, for a character in this game to unlock their persona or their true self, one must fight a twisted version of themselves that is a cultivation of fears and unpleasant suppressed feelings. Distorted versions of themselves are known as “shadows” which is completely different in comparison to other entries such as “Persona 5” where the player’s true self is awakened by an encounter with someone who is oppressing them such as a bully.

Gamers play as Yu Narukami, the protagonist, who has recently moved to a small town called Inaba. As soon as he arrives, several murders take place and he figures out he can go inside televisions and enter a mysterious world that is filled with danger. He and his friends band together to save several victims who are being forced inside with the intention of figuring out the identity of the assailant.

“Persona 4 Golden” is fairly simple to play as it is open-world, meaning that players navigate around using the basic controls. Furthermore, the combat system is easy to use since each player-controlled character and enemy gets a turn to perform certain actions. For instance, there is a guard option that allows a character to defend themselves and take less damage from an enemy attack. Gamers are given choices on their turn which they can use to strategize and defeat enemies.

While a huge portion of the game is dedicated to fighting inside the TV world, there are many tasks players must do outside in the small town of Inaba such as studying, quests, exploring, and more. The protagonist is required to attend school and teachers ask questions that gamers must answer. It is similar to trivia and if players answer correctly, they will gain knowledge points, one of the five social stats. Social stats consist of knowledge, diligence, courage, expression and understanding, which are traits that allow the main character to unlock more abilities. There are multiple ways to improve social stats such as obtaining a job, reading and more.

The best and most elaborate feature of the game are social links. The protagonist throughout the story makes numerous friends that are considered confidants. Each character will improve the main character’s stats after hanging out with them and they can even share skills that will aid in battle. In other words, forming relationships is a huge part of becoming stronger. Every now and then, one can hang out with a character and as time goes on, the gamer’s social link with them will improve. All the characters have their own quirks and story so hanging out with them provides a fun experience in itself.

Although “Persona 4 Golden” is an intricate and interesting game, it does fall short when it comes to its exposition as it takes a while to get into the action. Fortunately, once the plot does start to make twists and turns, the wait is worth it. Also, the quests that are given by side characters are hard to organize as there is no quest log. So, it’s up to gamers to remember what characters are involved and where a certain quest is located which is tedious.

“Persona 4 Golden” is a great game for those who seek to unravel mysteries and dive into an interactive world. With all of its different features and unique cast of characters, gamers will have much to experience and enjoy. After all, it is up to players to determine who is the murderer terrorizing the misty town of Inaba.