All smoke, but no fire A poorly thought out ban on vaping 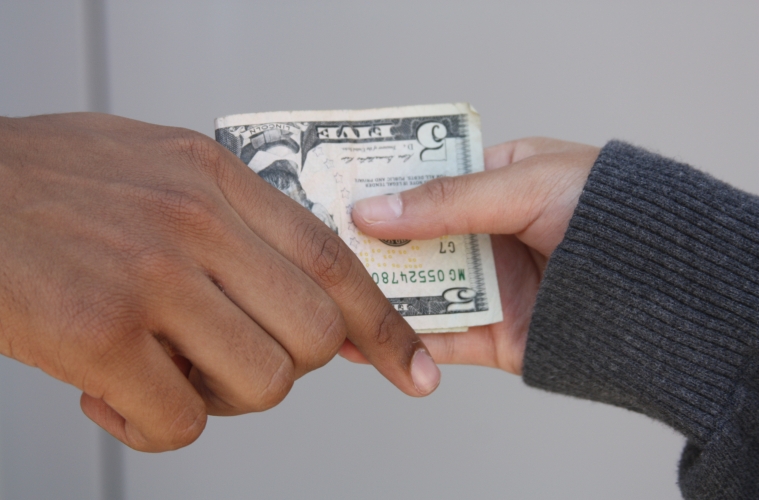 Banning e-cigarettes may seem like an attractive option for people concerned with teenagers’ health, but it will have no effect on vaping rates as teenagers continue to acquire them through illegal means. Photo Credit: Dean Carrasco

The phenomenon of e-cigarettes has absolutely exploded in the last year, with the product far surpassing cigarettes in popularity and more than one in five high school seniors reporting that they’ve smoked, or “vaped” it in the past 30 days. With the large health risk posed by these substances, it’s likely not surprising that the Trump Administration has announced plans to ban all non-tobacco flavored e-cigarettes.

With the large health risk posed by these substances, it may come as little surprise that the Trump Administration has announced plans to ban all non-tobacco flavored e-cigarettes. Although there is little doubt vaping is damaging to its teenage users, an outright ban on the selling of them is a short-sighted and misguided policy that will do little to protect the health of the youth.

To start, the plan is unlikely to actually be successful in reducing vaping rates. The overwhelming body of research shows that the “War on Drugs”–a legal crackdown on the distribution and use of illegal substances, has been an immense failure in actually reducing drug consumption. Legalization of marijuana and the decriminalization of other drugs seem to have virtually no perceivable impact on levels of drug consumption. To the dismay of policymakers, banning harmful substances seemingly does nothing in reducing drug use.

Instead, banning harmful substances only encourages people to illegally purchase more dangerous versions of the substance. For example, bans on marijuana and other drugs have empowered black markets and drug cartels who aren’t constrained by the law. A ban on vaping will only mean that people who enjoy their products will acquire them through illegal means. It’s also important to note that it is already illegal for non-adults to purchase vapes, meaning that teenagers who are vaping are already doing so illegally, nullifying any need for a total ban.

The vaping ban isn’t just ill-advised because it won’t work in reducing vaping rates, it also fails to take into account that vaping isn’t as dangerous as smoking cigarettes. Studies show that cigarettes cause far more damage to lungs than e-cigarettes do. The initial purpose of e-cigarettes in the first place was as a tool to help regular cigarette smokers quit, meaning that banning e-cigarettes will inadvertently result in hundreds of thousands of vapers engaging in a significantly more harmful activity.

Additionally, if Americans’ concern is protecting the lives of young people, there are far more pressing issues to worry about. The United States leads the industrialized world in child gun deaths, and a federal licensing program and gun buyback program would save far more lives than a vaping ban. The US has an infant mortality rate more on par with Malaysia than most first world countries, and a mass investment in healthcare for young children has the potential to be a life saver for millions. Although it can be tempting to use vaping as an easy political scapegoat, real action to protect children and young adults requires bold, fundamental change.

There’s little doubt that more needs to be done to inform teenagers about the severe dangers of vaping. Unfortunately, blanket bans on the selling of e-cigarettes will do little to actually protect people under the age of 18 from themselves. The Trump Administration’s plan may seem initially appealing to those shocked and disgusted by stories of young people getting addicted to e-cigarettes. Unfortunately for them, the evidence is clear that policies like these are just smoke and mirrors.