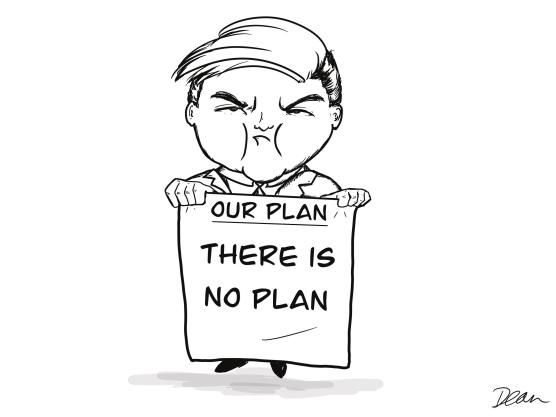 With the Trump Administration’s making mistake after mistake in response to the spread of the coronavirus, millions of American lives are at risk. Photo Credit: Dean Carrasco

I don’t like to consider myself a person that’s unable to admit when they’re wrong, so here it goes: one month ago, I cited the general opinion of epidemiologists in the US and predicted that the coronavirus would have little impact on the US. However, I failed to take into account the possibility of a complete and utter mishandling of the outbreak by the federal government—a botched response that has brought our country to the brink of a recession and will likely cost thousands of lives.

While it’s true that the blame for the existence of COVID-19 doesn’t lie at the feet of the president, it is true that the administration’s bungling of the response has allowed the virus to spread across the country faster than it should have. For one, the Trump administration failed to deliver the proper amount of tests needed to combat the virus early on. Reporting also indicates that Secretary of Health and Human Services Alex Azar intentionally suppressed testing early on to artificially reduce the number of confirmed cases.

This level of political gamesmanship likely allowed the virus to spread for weeks undetected. Purposefully subjecting the American people to the spread of the virus for explicitly political purposes was nothing short of outrageous.

Furthermore, the US refused to request testing kits from the World Health Organization. The WHO didn’t offer kits to the US because we usually have the capacity to produce our own tests. In this instance, however, not using the WHO testing kits, at least until we had a sufficient supply of our own kits, was ludicrous. Deborah Birx, the White House’s coronavirus response director, even went so far as to claim that the testing kits were highly inaccurate in a response to a reporter’s question about it, even though there’s no evidence to support this claim.

This level of political gamesmanship likely allowed the virus to spread for weeks undetected. Purposefully subjecting the American people to the spread of the virus for explicitly political purposes was nothing short of outrageous.

It didn’t have to be like this. South Korea has managed the COVID-19 pandemic expertly, by building mass drive-thru testing and treating those with the disease, allowing levels of testing far above the United States. This testing ensured that the government had an accurate sense of the real number of cases in the country early-on, an advantage that the US didn’t have.

The administration, amazingly, still isn’t taking the issue seriously enough. Despite the pleas of governors like Andrew Cuomo of New York, the president refuses to acknowledge the necessity of further production of material like ventilators, telling cable news host Sean Hannity that the request for 30,000 ventilators was overstated. This sort of blatant denial of reality jeopardizes the lives of every single Nevadan and every single American. Without proper equipment, hospitals will fail to contain and slow the spread of this virus.

Just one month ago, the idea that the White House would botch the response to the virus’ outbreak so badly that the US would be home to more cases than any other country was laughable. The administration started off strongly, banning travel from China near the end of January. Unfortunately, unprecedented levels of inaction and incompetence from D.C. following that decision have set the stage for one of the worst failures of the federal government in modern American history.

I wish I could have foreseen the blunders that the Trump administration would have made in response to the coronavirus. Unfortunately, it appears as though few people projected how dreadfully the virus would spread. Perhaps we should all sue this experience to remind ourselves of the value of strong, competent government.

My prediction that the Coronavirus would pass by wasn’t validated and that’s deeply upsetting. What’s not upsetting, however, is that through rigorous testing and treatment, the US still has the potential to at least diminish the damage caused from the virus.