COLUMN: ROBLOX, GIVE UP ON RTHRO A recent trend regarding the structure of avatars is a creepy mess 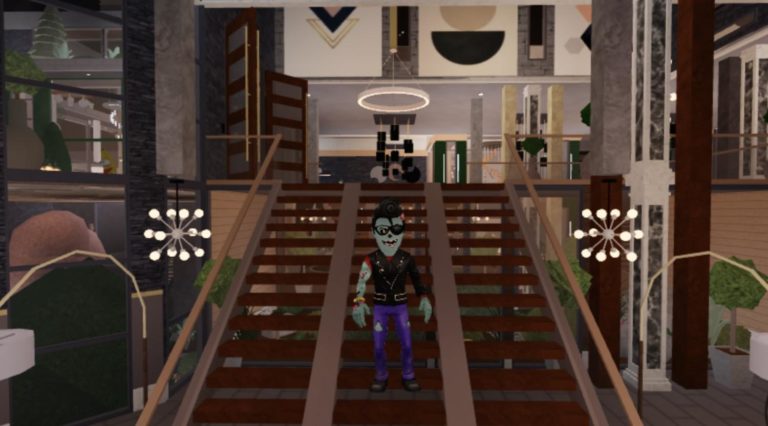 The recent efforts by ROBLOX to push Rthro avatar sets is somewhat of a failure when compared to the original sets. Yet, ROBLOX still pursues Rthro related projects. Photo Credit: Rhamil Taguba

ROBLOX, the popular gaming platform, has exploded in growth both in profits and players within the last four years. The platform, which I play almost daily, is characterized mainly by the “blockiness” or geometrical figures of the virtual avatars. This art style and “blocky” avatars have been associated with the platform itself, just like how a pixelated cube of dirt is associated with Minecraft.

It’s been a staple of ROBLOX since the start, and now it’s being threatened.

In recent years, ROBLOX has released “Rthro” avatar packages, which aim to create a more “realistic” avatar set, straying away from the original “blocky” sets. These packages, which look nothing like the Lego-like avatars we’re used to, are mainly used by trolls to make their avatars satirical. Yet, ROBLOX continues to roll out different Rthro packages which seem to be a failure within the ROBLOX community.

Now granted, using Rthro isn’t a bad thing – but there are several drawbacks that should convince ROBLOX to decrease efforts on Rthro related projects. To start, Rthro’s popularity as a body package isn’t as strong when it’s against the original. Rthro’s most popular package, the Paladin, has amassed 1M+ likes, which is most certainly impressive. However, the original Woman package, which shares Lego-like characteristics, has a total of 3M+ likes. And the original packages continue to dominate over the Rthro packages. The popularity of Rthro declines even further when it comes to paid packages: these paid collections continually range from 150K to 20K likes. The paid initiative simply isn’t working.

Furthermore, Rthro doesn’t allow any creativity that “blocky” packages allow. Each package and the accessories that come with it – the hair, the hats, and even the limbs – are strictly molded for that specific package; there’s little to no interchangeability between different packages and their contents. The majority of accessories on ROBLOX are already compatible with the original packages, not the Rthro packages. The entire premise of ROBLOX is to incorporate creativity within games and avatars – Rthro doesn’t deliver that.

And as mentioned before, the original sets are one of the domineering associations with ROBLOX and have been an idol for the gaming platform for decades. It’s simply not possible to replace something that’s easily recognizable, and the more Rthro packages ROBLOX releases, the more it becomes synonymous with trollers or satirical avatars. The majority of ROBLOX players have stuck with the original packages because of the accessibility and will continue to stick with them.

The wasted efforts and time ROBLOX has put on these new packages are simply not achieving the goals they were set out to do. The original sets are still an integral part of the brand, and in my personal experience, the majority of players don’t utilize any Rthro parts. Instead, ROBLOX can continue to produce accessories that are more compatible with the original sets instead of designing specific character models which aren’t interchangeable at all.

This new avatar movement surely changes ROBLOX’s image as the Lego-like powerhouse of the gaming industry. But the original sets’ legacy still stands strong, no matter which game you join.