Editorial: TikTok is more than just a viral app There is so much more to realize about this platform, from its influence, to raising awareness about issues 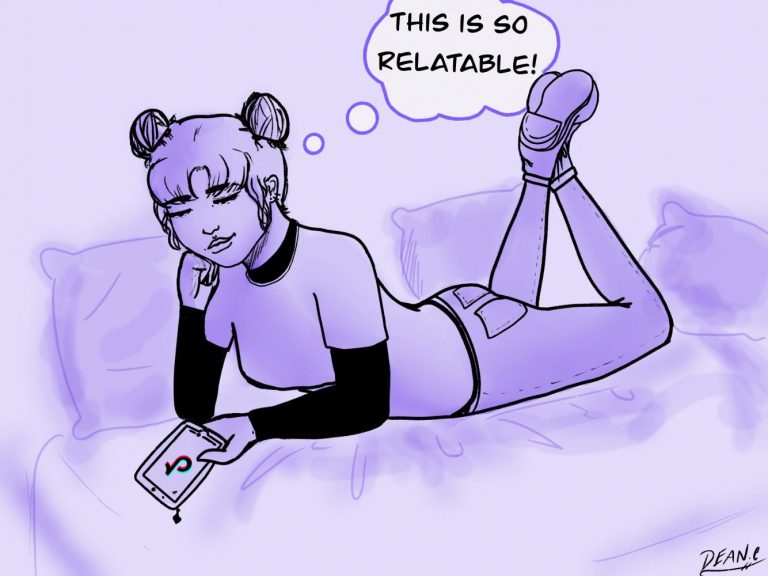 Although President Donald Trump has allowed for a deal between Chinese company ByteDance and American companies Walmart and Oracle, confusion is still floating in the air. Photo Credit: Dean Carrasco

“TikTok is getting banned,” a phrase that has struck teenagers with worry and sadness. Now for several weeks, President Donald Trump has threatened to ban TikTok because it poses  a possible security threat against Americans. Many deals and discussions later, the app will now be co-owned with American companies, Walmart and Oracle.

TikTok has become one of the most enormous social media apps in the world, with over 800 million active users as of July of this year. The home of countless videos of teenagers dancing to music and doing silly skits has become an unexpected center of debate for American geopolitics and tech policy, with accusations of it being a Chinese malware app. Many people are understandably confused about the future of the app, with questions arising about whether a potential deal with Oracle and Walmart will keep TikTok running in the US. Regardless of what happens with the app in the future, it is indisputable that TikTok has helped countless people and become an instrumental part of Gen Z culture.

Unlike other social media platforms, TikTok is a safe space because creators have chosen to be open about topics related to the LGBTQ+ community and mental health. Because of this, teenagers are able to extinguish the fear of being judged and are unapologetically posting their own authentic selves. If someone makes a short sketch about a personal problem, the comments typically unwaveringly support the person with the situation they are in.

Another way it has become a safe space is by giving users the ability to “duet” videos and “react” – one may share personal experiences and others can react by giving advice. Even though there is still some cyberbullying that occurs, unlike other platforms, it’s counteracted with plenty of comments backing the creator and defending the dueter. Everyone wants to have a place where they feel like they “belong in”, and with one click onto the app, uniqueness is expressed in every single video, matching up to the point that without the app, many people could easily return to feeling lonely and sad because that place of “belonging” has been removed.

Through TikTok, teenagers have been able to publicly spread awareness on issues, from dealing with depression, to showing the reality of what it’s like to be a minority in America. For example, during the protests in response to the killing of George Floyd, the #BLM hashtag circulated for days on end filled with information about police brutality, wanting justice for any other human who was being discriminated against for the color of their skin, and just showing the hard reality of these protests. TikTok’s users have shown that Gen Z can encourage change on issues that are important and relevant today. With the exposure to unfair treatment and worldwide concerns that users will come across, TikTok provides a world of insight for a teen audience.

In addition, many creators have been able to start careers on the service. When TikTok unveiled their $1B creator fund, people who were over 18 signed up for it – “rewarding creators for the time and dedication they put into creating entertaining, inspiring and uplifting content for the TikTok community.” With a possible TikTok ban, the creator fund will end and there will be a major lack of income for those that are relying on this platform to make a living. Even if the income may not have come from TikTok or certain businesses directly, many small businesses have positively benefited just by posting what they sell from their accounts for marketing purposes, which has saved them money on advertising.

TikTok is not just another well-known app for teenagers, it has provided freedom for them to express thoughts and opinions. There’s no doubt that there are multiple uses of TikTok, from the mental health side to the viral dances, but wherever one may end up, there is always at least one video that can create a frown turn into a smile in just a matter of seconds.

Although this ban is uncertain, TikTok has been an app that has allowed teenagers to freely express thoughts and opinions on issues. It should remain accessible in the app store because of its positive impact on Gen Z.