The Gamestop revolution that wasn’t I’m all for billionaires losing cash, but let’s be realistic 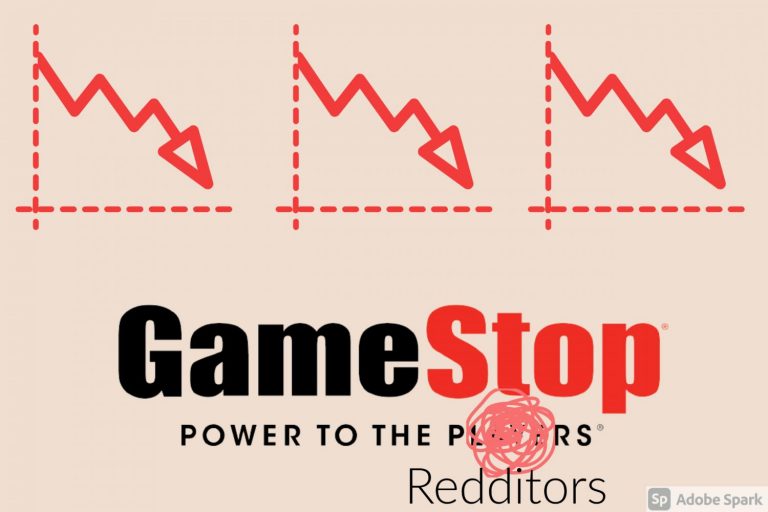 The revolution is here, comrades. The elite, capitalist class is reeling from the direct action of an army of Reddit heroes. Billionaire hedge fund managers are losing tens of billions of dollars as an outraged population takes back their economy from the powerful men and women that rigged it. VIVA LA REVOLUTION, COMRADES!

It has become conventional wisdom among many parts of the internet that the Gamestop stock surge is a massive blow to the large financial institutions that have caused so much grief in the 21st century; a common man’s revolt against the rich and powerful. This narrative is nice, and also has the benefit of feeling really good – I mean, who doesn’t want to stick it to the evil and corrupt investment bankers? Unfortunately, despite how popular this story is, it’s more interesting than true.

For a basic history here, an assortment of large and powerful billionaires “shorted” Gamestop stock. Without getting into the complexities of how hedge funds operate, that basically just means that they bet that the stock would do very poorly. This was a seemingly safe bet, as Gamestop suffered low profits and the value of their shares has stayed stagnant for years. What these billionaires didn’t take into account was that the shrewd money-men of the Reddit community r/wallstreetbets would purchase the stock en masse. When a bunch of people buy a stock, the value of that stock goes up significantly, and that means that the billionaires that shorted the stock lost money. In short: People bet the stock would do poorly, the stock did well, so those people lost money on their bet.

OK, so what’s the problem here? While ordinary Americans have lost their jobs, incomes and lives in the past year, billionaires remained fine in their fortresses of cash. It’s not quite the end of the world if a couple of hedge fund billionaires lose out on some money while regular workers get a fairer share of the wealth. Right?

Made with Visme Infographic Maker

Not exactly. For one, the idea that the Gamestop story is one of “ordinary Americans” is hard to buy. The regulars on r/wallstreetbets aren’t the salt-of-the-earth working class that some people make them out to be. They’re finance bros that can actually afford to spend tens of thousands of dollars on stocks. They idolize Leonardo De Caprio’s character in “The Wolf of Wall Street,” the ruthless criminal businessman making millions while partying with supermodels. Now, there’s literally nothing wrong with that whatsoever. The American Dream is all about ambitious people working hard and working smart to accomplish their dreams, and if those dreams involve making millions on the stock market, more power to them. But, we should be careful about categorizing this as some working class uprising.

Furthermore, the primary issue here is that hundreds, if not thousands, of gullible traders are going to be caught flat-footed in the near-future. As r/wallstreetbets and other corners of the internet pump up the stock, many naive people probably thought it’d be a good investment to toss some money at the stock. Some of these people will probably sell before the stock completely tumbles and be fine. But many of them will lose thousands of dollars holding on to a stock that is, in reality, without value. Now, some “investors” (emphasis on the quotes there) may be fine with that, saying that sticking it to the hedge fund billionaires is far more important than actually making a profit. But aren’t there more practical ways to punish elite billionaires? Surely higher taxes on the rich and crackdowns on white-collar crime would be a better way of punishing these people, rather than lighting money on fire.

The need to paint this story as one of “Elites versus the common person” is understandable. A wave of populism – a hatred and resentment against a minority elite with economic and cultural power – has swept much of Europe and America. There’s populism seen on the left with increasing calls to “Eat the rich,” and tax billionaires, along with a demonization of the financial elite, including Wall Street. And there’s also a populism on the right, mired with conspiracy theories about a global elite seeking to bring the west to ruin. This surge in populism is understandable – the past forty years have seen an unprecedented increase in economic inequality, and the damage that globalization has had on the working class has fomented a justified resentment against moneyed elites.

But that’s really not what this is. The r/wallstreetbets prank of the past few days is a combination of wannabe-financiers looking for a quick buck, gullible traders about to get their first taste of reality, and a whole lot of people just doing it for the lulz. So sorry, folks, as much as I’d like for it not to be the case, looks like the Reddit revolution won’t be televised. In the meantime, maybe enjoy some cat pictures or cringy videos?