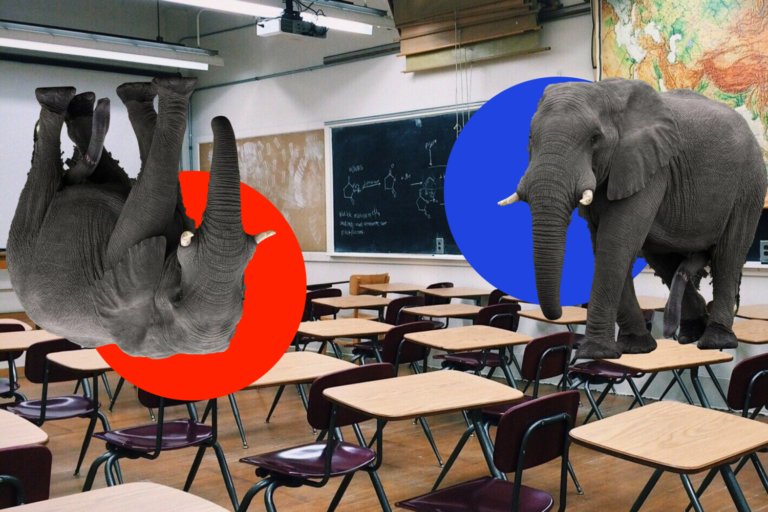 Following the wave of racial justice protests after the murder of George Floyd, a growing number of progressives figured that their political efforts were best spent in the classroom — that is, rewriting educational curriculums to be more in-line with their ideology. After years of criticism that schools failed to properly educate students on racism: the brutality of slavery, the prevalence of Jim Crow, and the persistence of racial inequality, many on the left found last summer as an opportune time to rectify this. What followed was not a centralized effort for a specific type of curriculum, but rather hundreds of different attempts to modify how and what students were learning.

A significant share of these changes, however, went far past teaching more about historical racism. As I’ve reported on before, several classrooms began embracing extremely left-wing orthodoxies: These include the Oregon Department of Education endorsing the idea that “individualism” and “objectivity” are “characteristics of white supremacy,” and a California elementary school that compelled third-graders to rank themselves according to their “power and privilege.”

The collection of left-wing ideas that go far beyond teaching about the facts of slavery and American racism has been given the catch-all name of “critical race theory,” which initially referenced a legal movement in the 1970s and 1980s that argued that racially neutral laws were insufficient to eliminate white supremacy.

If you’re at all confused by this, don’t worry, I’m in the same boat. In most policy conversations, debaters generally share some agreement as to what the topic at-hand is. But neither proponents, nor opponents of critical race theory in public classrooms seem to have any idea what it is. And I don’t just mean voters — I’m talking about writers and activists.

Take, for example, the man generally considered the face of the left-wing “anti-racism” movement: Ibram X Kendi. His 2019 book, How to be an Anti-Racist, was one of the most popular on the issue of race last year. In a defense of critical race theory being taught in schools, Kendi dismissed many of the concerns over leftwing racial education, saying that “the attacks on critical race theory are based on made-up definitions and descriptors.” But even if we erase the term “critical race theory” from our understanding, Kendi himself is a fountain of objectionable ideas. He’s argued that every policy is either racist or anti-racist — that there is no such thing as a policy neutral to racism. He contends that “Capitalism is essentially racist” and “Racism is essentially capitalist.” Most egregiously, Kendi maintains that the concept of an achievement gap — the idea that Black students tend to underperform white students on tests — is in fact racist.

Kendi isn’t some random progressive commentator, he’s the premier voice of the racial left, headlining conferences for the largest teachers’ union in the country. It’s literally impossible to have a reasonable discussion on critical race theory in schools without mentioning him.

This is the core of the issue. Even if you don’t want to call it “critical race theory,” bad curriculum is bad curriculum. If schools are embracing ideas that are toxic and off-putting, it’s entirely predictable that there’s going to be a backlash. 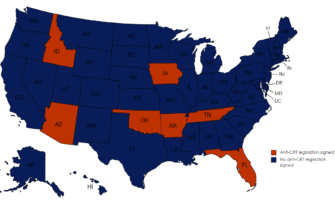 Now, this isn’t to let the opponents of CRT off the hook. Many people claiming to oppose CRT are just as misinformed, if not more, than the advocates. One Alabama lawmaker said the theory taught that “certain children are inherently bad people because of the color of their skin.” But this is the opposite of true — critical race theorists would argue there’s nothing inherent about race at all, and that it’s a social construct created by European colonists. A parent group in Tennessee objected to the inclusion of Ruby Bridges’ autobiography in classrooms on the grounds that it was “anti-American” and “anti-white.” That’s the Ruby Bridges famous for being the first Black student to attend a formerly segregated elementary school in the south.

Not only are many of CRT’s opponents misinformed, many of the laws designed to curb their presence in public schools are, in fact, quite bad. The most glaringly obvious example of this is the Tennessee law that was designed to ban CRT, which is — and I want to really emphasize that I am not using hyperbole here — the most insane piece of modern American legislation I’ve ever seen. It is currently illegal in the state of Tennessee for a public school teacher to include material that “promotes division between, or resentment of, a race, sex, religion, creed, nonviolent political affiliation, social class, or class of people.”

This law, if enforced, would make it illegal for history teachers to include the writings of confederate sympathizers during the Civil War, or for a Civics teacher to note that it was Islamic radicals who flew planes into the Twin Towers or for an economics teacher to note that socialism has historically been less efficient than capitalism. In all three of these examples, a teacher is trying to “include material” that “promotes division” between a race, religion and nonviolent political affiliation, respectively. Jeffrey Sachs, a politics professor at Acadia University, does a great run-down on laws banning CRT in classrooms. Most of these laws, though correctly describing a problem, entirely butcher the solution, restricting speech and failing to actually fight CRT. For instance, the CRT bill in Texas intends to literally remove the teachings of Martin Luther King Jr..

So what exactly is the best mechanism for preventing this ridiculousness from infesting our schools? Well, the first step is probably for sensible liberals to recognize that the extreme curriculum in our schools is actually a problem. Pretending that parents are now only worried about learning “the real truth of America,” and that any opposition to CRT is just opposition to discussion about contemporary racism is absurd.

After that, we can have a conversation over carefully-tailored legislation designed to curb the excesses of CRT in public schools. The North Carolina CRT bill does a good job preventing teachers from forcing their opinions on students, without restricting anyone’s ability to present opposing viewpoints. The Florida Board of Education legislation, while not perfect, is significantly better than most other states, attempting to prevent teachers from “indoctrinating” students. Schools can teach about historical racial inequities without teaching that “all white people…play a part in perpetuating systemic racism.” The Clark County School Board has taken the initiative to start an “Anti-Racism” task force, and has avoided endorsing any controversial curriculum changes, and has distanced itself from CRT.

On the other hand, it also means that conservatives should avoid celebrating laws which outlaw vast swathes of discussion in classrooms. You can oppose left-wing racial education without backing Soviet-style speech codes.

The CRT debate is a great example of what happens when people refuse to engage with the opposition’s arguments. When someone defends CRT, it’s impossible to know if they mean generic statements with which most people agree, like “slavery was racist,” or a whole host of far more radical beliefs. In the same way, opponents of CRT often switch between “Just don’t indoctrinate kids into far-left ideologies” and “the Confederacy were actually just the good guys in the Civil War.” Hopefully, a middle-ground that prevents teachers from mandating beliefs in their classrooms and promotes the spirit of an open debate of ideas can be accomplished. I’m critical of those odds, though.