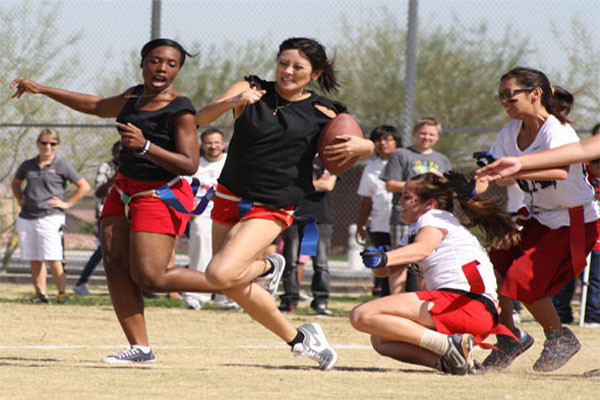 “I felt like I was on top of the world when I made the first touch down, my heart was pounding through my chest, and I didn’t think I would make it. I can’t explain how ecstatic I am right now,” exclaims junior Gabriel Silveroli.

Forthcoming royalty was announced during the halftime show. The following students were crowned:

“I’m happy me and my girl won together for duke and duchess. This just makes our relationship that much stronger,” shares Ricardo Ascano

Design Academy’s men claimed their first touchdown early in the game. With two minutes left to play, the PA men scored a touchdown, tying them with DA. Time ran out and the two academies had to settle the game by playing rock, paper, scissors. PA was victorious.

“I am the king of rock, paper, scissors. Although it’s not a legitimate way to end the football game, we would have won anyways,” expresses Justin Soria, senior.

Forthcoming week will conclude with a dance held at the Keep Memory Alive center from 7:00 p.m. to 10:00 p.m. Tickets can be purchased at the event for $30.