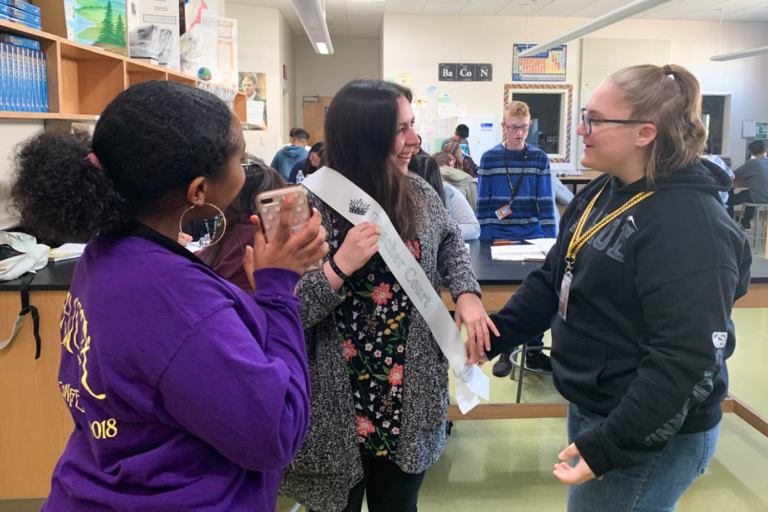 While Coyote Games teams duke it out to be named the winner of the tournament, teachers who were nominated will be waiting to see who will be named part of the Teacher Royalty Court.

“I don’t know if I expect to win,” Physics teacher Patrick Waddington said. “Moore’s comedy is quite biding and he has a different form of comedy than others. I don’t know either of the other candidates day-to-day, so I don’t know if I’ll win or not. If I do win, I feel like I’ll feel like I have to be the funny man all the time, but then again, I already live my life that way.”

Nominations were collected the week of Feb. 25 during both lunches. Students nominated their favorite teachers, administration and faculty members for 10 cents each.

“I accepted my nomination because I really appreciate that students took their time and hard [earned] money to nominate me, even though I have no chance of winning,” Student Council adviser Miraya Julian said.

Nominees were announced on Monday, March 4, and voting for winners will continue until Friday, March 8 at 9 a.m. Voting is open to everyone.

The following teachers were nominated for court:

“Teacher Court is always fun because we get to vote for the teachers and nominate them for whatever categories we want,” senior Cecilia Gonzalez said.“It’s always really funny seeing who wins what category. The teachers tend to “campaign” too and seeing them try to convince students to vote for them is pretty amusing.”

To submit your vote, log into swcta.votingforschools.com. Winners will be announced at the assembly on Friday, March 18.

“It was an honor to be nominated for something,” World History teacher Vincent Thur “It was ironic because I was nominated for Most Positive. I was surprised, though, that I wasn’t nominated for Best Dressed or for Best Dancer. I have no idea whether or not I am going to win, but I [hope I do].”